Classical Conversations Negatives And Why We Didn’t Join

One of the most popular homeschooling programs currently available is Classical Conversations (CC). When CC came to our area a few years ago, I explored it as an option even though we are relaxed homeschoolers. I taught for a year in a Classical Christian school and therefore was very familiar with classical education. CC offers a number of features that interested me including the advertised community aspect. In fact, I checked it out two years in a row because I really wanted to like it and I wanted it to be a good fit for our family. In the end, we opted not to participate in CC.

There are several reasons why we chose not to join Classical Conversations. I am sharing what I see as some of the Classical Conversations negatives. This review is for parents who are exploring CC, but may be doubting their own research or perspective. I’m listing my reasons in roughly the order of importance for our particular family, starting with the most important.

It is my hope this overview of our thoughts will be helpful for other parents as they seek to make decisions for their particular child and family. Many people enthusiastically participate and current members can be very persuasive when inviting people to join. However, every family is different and not every opportunity is a good fit, no matter how much someone else may like it and recommend it.

The rigidity of the program was one of the first red flags that Classical Conversations would not work with our child. I think CC can probably be a very positive experience for kids if they have a learning style that fits well with the program. For others, it will be disastrous.

For example, it became clear to me that if your child needs legitimate accommodations due to real learning differences or challenges, it isn’t going to be a good fit. Classical Conversations is a tightly controlled program with a clear hierarchy. They have very definite ways of doing things handed down from the corporate entity. While some families might find this rigidity a source of accountability, other families will find the rigidity stifling. We are in the latter group.

If I’m going to be perfectly honest, I would have had fewer qualms about this before I became the parent of a gifted/2e child. When you are parenting a child who doesn’t fit the normal parameters, you look at everything very differently. The tight structure I would have seen as a positive before I became a mother became a huge negative. A tight schedule with very definite parameters and very little room for rabbit trails would frustrate my child. There is a reason we became relaxed homeschoolers bordering at times on unschoolers. Classical Conversations would not fit my child at all however much I might like about the classical approach.

There is definitely a strong performance component to Classical Conversations. One of the things people say they love about it is how amazing it is to hear the kids recite or perform all of the facts they have learned. Again, before becoming a mother I would have loved that aspect of it. I now have a child who does not like to perform in any way, shape, or form. She backed out of being a flower girl because she didn’t want people looking at her. She is not a performer. She’s not interested in singing or chanting what she is learning. She’s also not interested in recalling facts or information under pressure.

So for example, there is the Memory Masters program which rewards students who master everything and demonstrate it through multiple “proofings.” When I met with someone from CC a few years ago, she made it very clear that perfection was the standard. A memorization competition that demands perfection? I would have totally rocked that when I was a kid. I was brilliant at everything memorization – school, AWANA, VBS, etc. However, it would be a terrible fit for my daughter. Many gifted/2e kids already struggle with perfectionism. The last thing I need to do is add more fuel to the fire by putting her into a situation where the line between excellence and perfection is razor-thin to non-existent.

(I looked up Memory Masters Guide to make sure I was remembering this correctly and it appears there is some wiggle room now. They apparently do allow for a teeny teeny tiny bit of room for Mastery versus Perfection.)

However, as I said before, there is no accommodation for kids who have learning differences. From the Guide:

Can directors change the requirements for Memory Masters for students with special needs, especially those who have dyslexia, dysgraphia, or are on the autism spectrum?

Classical Conversations is honored that families who have children with different kinds of special needs like dyslexia, dysgraphia, or autism participate in the Foundations program. Students with many different abilities and capabilities enjoy, benefit from, and are valuable members of our local CC communities.  We celebrate each achievement.  The Memory Master title is set aside for those who are able to meet the required objectives.  The director should be aware of physical limitations and may extend time and offer a break during proofing.  The Memory Master requirements should remain the same for all subjects. Memory Master is not for every child, and that is really OK! If your child cannot meet the requirements for mastery, we recommend that you create your own special “Memory Master” rules and reward system for your home school.

While I believe that CC has every right to set the standards they wish, I would not feel comfortable taking my child into a situation where she would always feel “less” for not being able to do what is put out there as something to achieve, even if it is not required.

Classical Conversations is not cheap. We live in a fairly affluent area, but we are not well-to-do ourselves relative to a significant portion of the population around us. I felt a distinct subtle shaming when I expressed my concern about the total cost (which I don’t think I knew about before I attended a one-on-one informational meeting). The reason I remember the feeling of shame so vividly is because it completely blindsided me. I wasn’t expecting it.

For families where money isn’t a concern, the cost of CC might not be a big deal. But I felt the cost outweighed any potential benefits Caroline might have derived from it. It was explained to me that I could become a tutor to pay for it, but I did not want to take that on for a number of reasons (including the last reason we didn’t do CC).

Although this is last on my list here, it was perhaps most important to me individually. To Caroline? No. But for me as the mom, this was a big negative.

Classical Conversations requires that parents stay for the entire time. At that time, we were participating in a Christian drop-off co-op which we really liked (and still do to this day). I’m not going to lie. We love being able to drop Caroline off for a few hours and get some time to ourselves. It’s the only time we get a parenting break ever.

I found the idea that parents had to stay off-putting. But I especially found the reason they gave made no sense. The reason provided is that the parents need to see the tutor demonstrating how to use the materials and how to present the information. Well, I could maybe accept that if we were talking about master teachers who were highly trained. But many of the tutors are parents who are tutoring to offset the cost of their own child attending. I have a teaching degree and have been a classroom teacher. Yet I would be expected to stay to watch another parent (who may or may not be a teacher) show me how to work with my child. I could get that from a one hour video rather than being forced to sit there for hours week after week.

In the end, I didn’t want to sit in the back of the room for hours when I had other things I could be doing with my valuable time.

So those are a few of the negatives I found when I researched Classical Conversations as an option for our family. I know there are many families who love CC and are passionate evangelists for it. But I think it’s also helpful to read reviews from people who have seriously researched it, considered it, and realized that it isn’t a good fit for every family and every child. Understanding your child is the most important part of homeschooling, far more important than any popular movement or view within the homeschooling community. If you are someone looking for “permission” to not do CC even though it is popular where you live or for someone else to say, “This wouldn’t work for our family either,” I hope you found this post helpful and encouraging. In the end, we are happy with our decision to be relaxed homeschoolers. 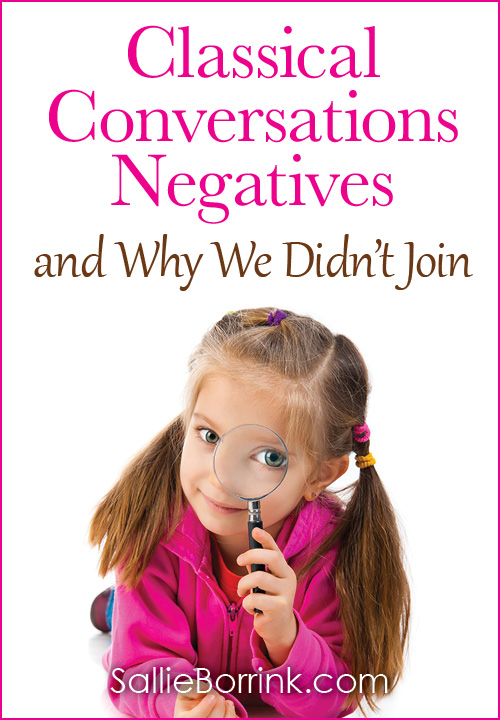 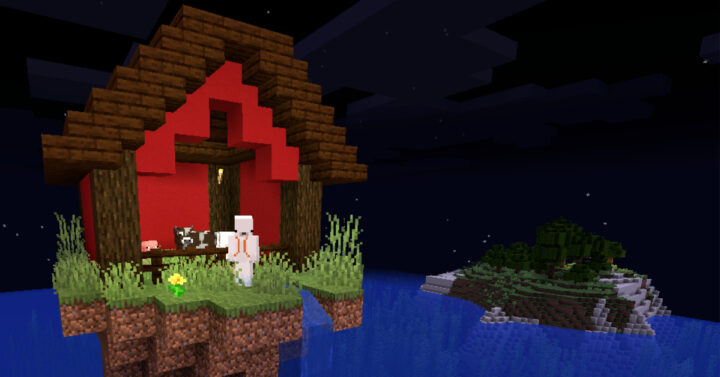 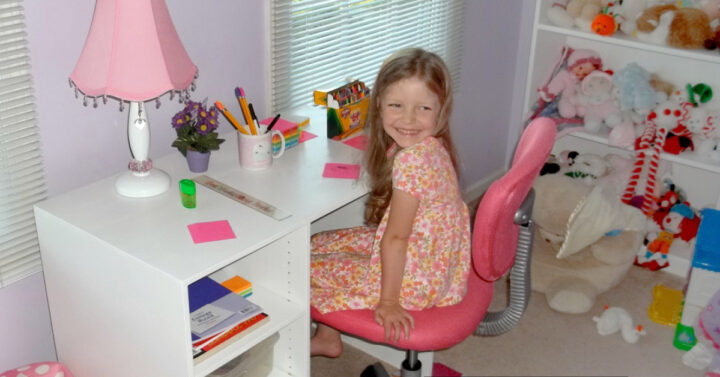 Homeschool Math Curriculum For Children Who Learn Differently
Next Post:Around Our Home In April