Children Who Struggle with Church – An Update

You are here: Home / Gracious Christian Parenting / Children Who Struggle with Church – An Update

Over the past several years, I’ve written numerous times about our challenges with parenting and church. But some things have happened over the past few months that made me realize I needed to write an update regarding children who struggle with church and how it has played out in our family. I think it’s especially important because I’m hopeful it will encourage parents who aren’t as far along the parenting path whether they read it now or find it at some point in the future.

By way of background, almost three years ago I wrote a series entitled Raising Gifted Children in the Christian Faith. In that series, I put forth some of the difficulties that parents face when raising a gifted or twice-exceptional (2e) child as it relates to matters of faith. I also wrote about our struggles with our daughter’s desire to avoid church due to being a highly-sensitive person. If you aren’t familiar with them, here is a bit of a run down.

Truth be told, we did not attend church for a number of years despite the fact that our faith is very important to us. There were multiple reasons (including my health), but even if I had been healthy I don’t think it would have changed things a great deal. Church was simply an uncomfortable place for our daughter. It was too loud, too busy visually, had too many people, there were too many people invading her space, etc. We tried different churches off and on, but nothing ever worked well.

Until this past fall. 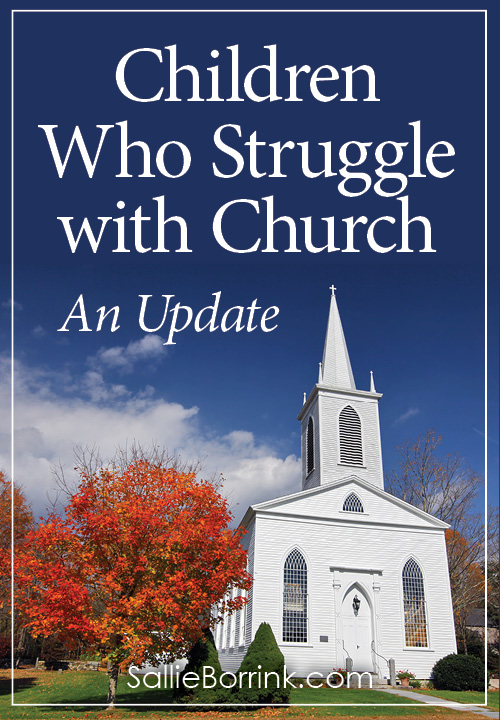 Finding a Church That Fits

We finally did find a smaller church where we all felt comfortable. It’s in the denomination I grew up in. It’s traditional. It’s fairly quiet. The sanctuary is restful. The pastor preaches the Gospel and is not a screamer. There is no loud rock band. There is no light show. There are down-to-earth people who are friendly, but not overly so. The service is orderly so we all know generally what to expect.

It works so well that Caroline even asked if she would ever be able to play the piano in church. I told her she would when she was ready because it is the kind of church that wants everyone of all ages to participate, not just the staff or the people deemed worthy.

There were a few other things that happened that were truly answers to prayer. Our homeschool co-op has a Christmas program each year and Caroline has never participated. She refused to do anything that meant going up on a stage. This past December she sang with her class. It was the first time I’ve ever seen her participate in anything like this (and she’s eleven). We stayed to watch the middle school play and she loved it.

In fact, she plans on signing up for drama at co-op next year.

And recently her GEMS club did a GEMS service at the church where they have the club (not the church we attend). Caroline passed out bulletins, seated people, and participated in the song/dance that the girls did to help lead the worship service. She looked like a total natural and no one would ever have known it was the first time she’s ever done anything like that. She did not want a speaking part, but that is probably coming with joining drama next year.

I don’t have any pictures to share. I did take a couple at Christmas, but she was so far away they aren’t very clear. For the GEMS Sunday I chose to just sit there and be in the moment, not worrying about video or pictures. (I was also focused on not breaking out sobbing from thankfulness – really.)

(But I do have this picture of us from this fall.) 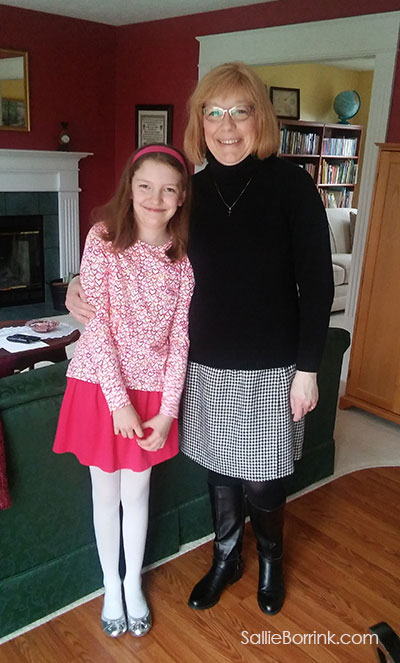 I cannot tell you what has changed over the past year. She has had the same co-op teachers a few times over the past several years and they have commented to us in recent months on how much she has changed. Other people can see it too. I really don’t know what clicked or why it clicked. It could be any combination of things.

All I know is that we gave her time and space. We backed off and did not push her to fit our agenda of life when it was clear our life agenda (such as attending church each week) was not working for her and was, in fact, traumatizing her.

I write this to give parents hope. I don’t know if every scenario will work out like ours has. I can only share our story and tell you that even though we made a lot of decisions that people didn’t understand, we did the right thing for our daughter in this area as well as homeschooling. We have prayed every step of the way and I believe God has guided us even when it seemed like we couldn’t possibly be making the right choices.

I’m in the process of writing an ebook that I’ll be selling on my site. The working title is, “Help! I Don’t Understand My Child!” because that best sums up my mothering experience the first ten years. I’m not done with my parenting journey. I can’t tell you how it will all turn out and I won’t even pretend that I have all the answers for the years ahead. I can say we are in a good place right now. Not perfect because nothing involving human beings is ever perfect. But we’re in a good place and I’m very thankful for that.

If you feel like you are drowning or losing your mind because you just can’t figure it out or you feel like you are making decisions for your child that no one understands or supports and yet deep in your gut you know they are the right ones… I do want to offer support and hope that it can get better. In our case, it has gotten much better and I’m so thankful to be able to say that.