My Themes and Goals This Year: Health and Home

You are here: Home / Our Cozy Family Life / My Themes and Goals This Year: Health and Home

As I was thinking about this year, one theme kept coming back to me – my health. I have to finally make my health a top priority in our home. For the past many years I’ve either had to or chose to prioritize other things over self care – Caroline’s needs, pressing business needs, house needs, financial needs, etc. The last thing on the list was usually tackling my health issues.

That’s not to say I never took care of myself. I did. But this is a significant area of my life where I have repeatedly kicked the can down the road and I can’t do it any longer. It’s been four years since my allergist diagnosed me with Eosinophilic Esophagitis (EoE)which also has some version of silent reflux connected to it that impacts the EoE. I also have some kind of histamine response going on and sorting out which foods are triggering which issue can be difficult.

In those four years, I have done very little to get better. I’ve done plenty to not get worse including radical diet changes and multiple medications. I’ve reached a level where my last scope was completely clear of eosinophils and strictures which is a huge answer to prayer. You can make a gazillion changes to your life and diet and not get a clear scope because it’s not automatic with EoE. There are many people who have made much more radical changes than I have who never get a clear scope or even get worse. Getting a clear scope and knowing there was no further damage was huge.

But I have done almost nothing in terms of trying to add foods back in, eating a more balanced diet, etc. Partially because it is hard to potentially break what is fixed (as my doctor said yesterday). We spend a ridiculous amount of money on food each month due to the way I eat. Again, this was an area where I kicked the can down the road. I chose to spend more on food in order to focus on other things. But I can’t do it any longer and I don’t want to do it any longer.

Before we had Caroline and before the EoE, I had a pretty good selection of meals I would rotate through for the two of us. I was a good shopper and our grocery bill was reasonable. It became a bit of a struggle after Caroline, but still manageable. But once I ended up with EoE and couldn’t eat 99.85% of what you see in a grocery store? Meal planning and all went out the window.

One of the problems with diseases like EoE is that a significant part of the disease is also emotional and mental. When food becomes the enemy of your body and you don’t know exactly which foods are your specific enemy, it becomes a mental burden. Like many people with EoE, I’ve woken up from nightmares in which I’ve eaten something I can’t (language on last example).

It also becomes an emotional issue. EoE cuts you off from pretty much everything social because everything social revolves around food in our culture. People with EoE simply don’t eat food prepared by other people, especially when they are sorting out what their particular triggers are (something that can take years of elimination diets and scopes). Quitting Facebook was a huge bonus in this regard this past holiday season. Instead of a steady stream of pictures of food and celebrations revolving around food from November 1 to January 7, I saw nothing.

Sadly, there is no emotional or mental health support when you have something like EoE. I have to laugh at that commercial playing lately (Cigna, maybe?) that encourages you to talk to your doctor if you have emotional or mental health concerns. Why bother if the emotional and mental stress is caused by something like EoE? Even if your insurance policy covers things like counseling, it’s always subject to the deductible. It is never included like a yearly physical or flu shot. When people have these monstrous deductibles on top of insurance premiums that they already can barely afford, what good does it do to talk to your doctor about these issues unless you are specifically looking for cheap drugs to deal with it?

After interacting online with hundreds of EoE patients and/or their parents, I am convinced that emotional and mental health support should be part of treating EoE. But it isn’t. It should be for both the patient and their parents if the patient is a child. This disease takes a mental and emotional toll, but it’s not something that can necessarily be medicated. So I know many EoE patients and their families suffer with little to no emotional or mental health support other than what they can find in online groups.

Anyway, enough of that soapbox.

I’m to the point I can grocery shop and not get depressed by all the food I see around me. So now I’m ready to take it to the next level and try to more proactively meal plan for David and Caroline even though I can’t eat what they eat. There is always plenty of food in the house, but I don’t usually cook for them. I prepare my food and David prepares food for the two of them. (As a homemaker, that is also depressing for me, but I’m tackling one issue at a time right now.)

Right now I am not eating any foods from the following due to the EoE and silent reflux. (And when I say I’m not eating anything from this list, I mean nothing for the past three years. No cheating, nothing.) This includes any ingredients that are derived from these so anything that is, for example, a soy or milk derivative is out.

I am pretty sure I will never get dairy, soy, and wheat back based on a couple of accidental exposures I had and how much better I felt after I finally faced reality and quit dairy.

I also eliminated these for other reasons:

There are other things, but those are the big ones off the top of my head.

So if you are looking at those lists and wondering what in the world I am eating, you are starting to understand my problem and why I can’t continue like this.

So my food-related goals are roughly:

I do have some other self-care goals for the year.

My other theme for the year is home. Some of you might have noticed that I’ve been focusing more on home themes lately, especially with the Homemaking section.

I’ve been systematically going through every drawer, closet, box, cupboard, etc. in our home and cleaning. I started last year with my Getting Rid of 1000 Things and have continued on. My goal is that by the end of this summer our home would be moving ready. In other words, if we were to decide to move, we would not have to sort anything. Everything in the house would already be designated as worth keeping and paying to move. All we would have to do is open a drawer, closet, cupboard, etc. and pack it up. No sorting or decision-making.

So often we live with clutter or small home improvements left undone that we immediately tackle as soon as we know we are going to list our home. It seems absolutely crazy to live like that. Tiny fixes that take thirty minutes go undone for years because we simply don’t take the time to do it until we are forced to do so. So this year I’m making it my goal for us to do many of those little things for our own benefit because we are worth it as a family.

My next area to tackle is the kitchen. Our kitchen is organized for the way I used to cook. I have one large cupboard that is full of baking equipment, but I rarely bake now because I can’t eat it and I simply don’t take the time to bake much for David and Caroline.

I have two other large bottom cupboards with Lazy Susan systems that are full of appliances I previously used rather frequently, but rarely touch now. Again, I need to think through what is in there.

Then after I remove what we really don’t use, I need to set things up for how we actually do live now. I also need to think through changes I can make to my kitchen that will encourage me to make an effort to cook more for myself rather than simply fixing the same things over and over again.

So most of my themes and goals for this year revolve around food. Eating it, fixing it, trying it, organizing it, saving money on it, etc.

We’ll see how it goes! 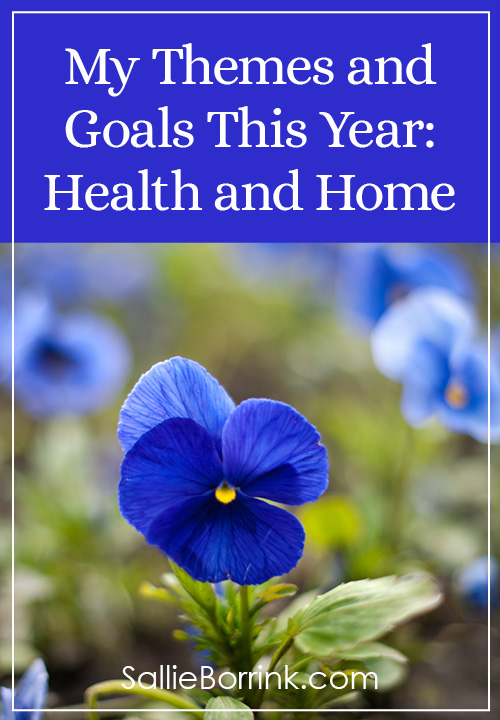 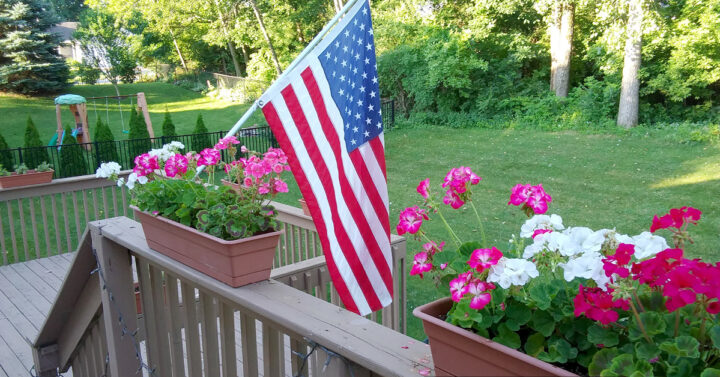 A Day In Our Cozy Life #1 – On The Deck, Calico Critters, Farmer Boy, and More 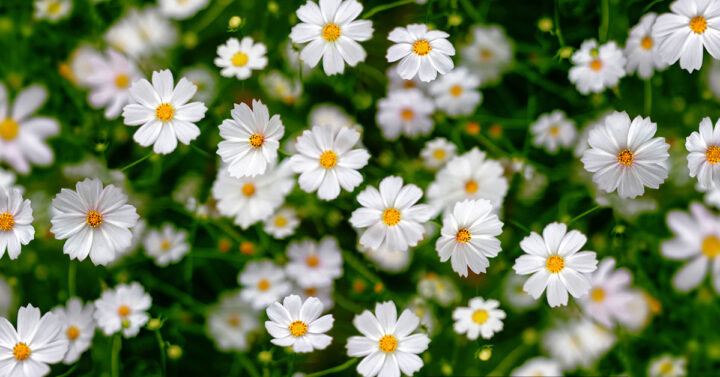 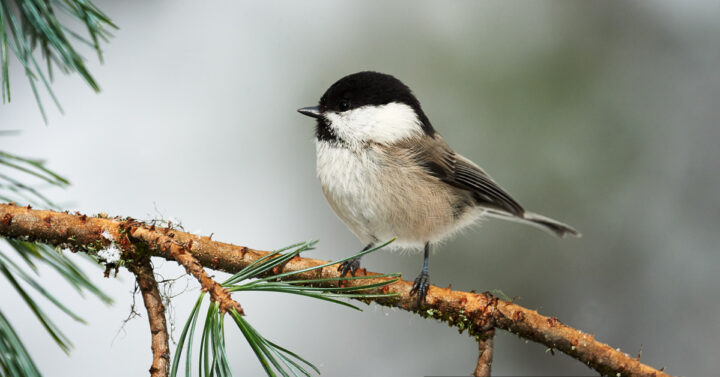 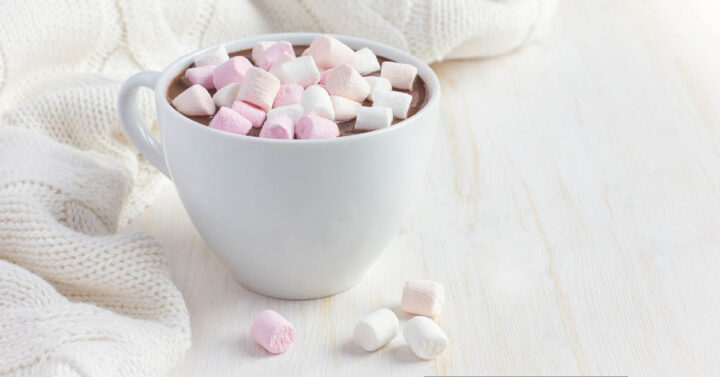 Around Our Home In February