The oft-repeated story is that if you are in a plane and the oxygen masks drop, you always put on your own mask first. Once your mask is on, you are free to help others without endangering your own well-being. The point of the story is that we need to take care of ourselves first so we are free to help others. But what happens to gifted women struggling with motherhood and homeschooling to such a degree that they cannot get their figurative oxygen mask on?

What happens to gifted women when they become mothers and, especially, when they homeschool their children?

Being a Gifted Woman

Gifted/2e kids are complex individuals and it takes a tremendous amount of energy to understand them and meet their needs. Gifted children are intense and are often voracious learners with overexcitaiblities that vary depending on how they are wired. Twice-exceptional (2e) gifted children not only get the gifted part of the equation, they also have at least one learning difference (and often many more) which further complicates things.

Misperceptions about gifted children can add an unwelcome layer of complexity to this situation. Because the general public imagines gifted children to be simply “smart,” and not tremendously complex, multilayered, asynchronous, and intense little people, other adults may be less sympathetic to the plights that gifted parents experience — and may not see them as “plights,” at all. Despite a deeply human need to connect with others, sharing details about daily life with a gifted child can be fraught for their parents.

Well, all of this intensity, overexcitability, and complexity doesn’t just peter out when these kids become adults. These gifted girls grow up to be young women. These women get married and have children. The complexity that comes with being gifted/2e doesn’t disappear when a woman gets married and starts a family. It doesn’t stop because she now has a gifted/2e child (or two or three) who has her own set of needs.

No, the gifted woman simply goes from being a gifted woman with all that THAT entails to also being responsible for all the “stuff” that comes with parenting a gifted child. Throw in homeschooling on top of the parenting (because most schools are ill-equipped to deal with gifted/2e kids) and you have a recipe for some serious overload for the average gifted woman.

How do we know?

In Warning: Parenting a Gifted Child May Be Hazardous to Your (Mental) Health, Jill Williford Wurman discusses a study by Australian researcher Natalie Rimlinger.

So while there is a general and enthusiastic consensus that parenting is normally quite demanding and difficult, do parents of gifted children actually experience more anxiety in any scientifically significant way, or is that just a self-pitying misperception?

This question bothered Natalie Rimlinger, an Australian researcher with a degree in clinical psychology. Given that “parents of children with ADHD and developmental problems show higher levels of stress in comparison to parents of children suffering from HIV and asthma and [typical] children,”[i] it seemed possible that other significant departures from the “average” child were likely to create parental stress and anxiety, as well. Did giftedness in a child in fact actually cause stress to parents, as she suspected, rather than confirming the societal misperception that gifted children are “easier” to parent?

Rimlinger’s study is fascinating and, frankly, very encouraging for gifted women who find themselves struggling with navigating both parenting and homeschooling in their family while wondering if it’s all in their head.

An exhaustive search showed Rimlinger that studies on the psychological well-being of parents of gifted children were… nonexistent. She therefore embarked on doctoral research to evaluate whether or not parents of the gifted truly do have a quantifiable and significantly elevated level of stress compared to parents of “average” children.

Dr. Rimlinger’s conclusions were perhaps more striking than even she had anticipated. Using an instrument called the Depression and Anxiety Stress Scales[ii], Rimlinger profiled the parents of 265 parents of gifted children in the US and 117 parents of Australian gifted children, and her results were clear: while the parents were less stressed[iii]and depressed than she had expected, they were much more anxious than she had expected.[iv] And during her analysis, she realized that the DASS scoring profiles looked familiar.

Indeed, the Americans were strikingly similar to another group: parents of developmentally-delayed children.[v] The Australians “looked like” those parents, as well — and also very much like parents of clinically-referred children, meaning children whose psychological issues were pronounced enough that they were seeking professional help.

What Rimlinger found, then, is what you no doubt suspected: the effect of parenting a gifted child is indeed quantifiably (and significantly) similar to the impact felt by parents of children whose struggles are widely acknowledged to actually be struggles.

In other words, it’s not your imagination — these extraordinary children, unsurprisingly to those who know them, do not always feel like a “gift” in terms of ease of raising them. In fact, this effect may be partly due to the fact the there is a widespread societal misapprehension that advanced intellect in a child paves a smooth road for their progress through life: while it’s hard to feel supported in your efforts as a mother or father if your child’s needs are out of the ordinary, it’s all the more stressful if no one believes you.

When Caroline was only a few years old and before we fully understood how she was wired, we shared with a couple of church leaders who visited our home our struggles with parenting. The response? Laughing and telling us we should have several more children so we wouldn’t have time to worry about it.

Later, after we had gone through testing (and then went through it again), I tried to explain the challenges we faced to a few people in order to help them understand choices we were making that they clearly didn’t understand or support. The answer I received was, “Well, you wanted her.” And then they changed the subject.

I’ve learned the hard way to not discuss these topics with people unless I know in advance they have a gifted/2e child. The pain of being minimized and dismissed is worse than the pain of being alone in your journey.

Gifted women, like gifted children, are wired differently. They don’t have any control over it and they don’t know life any other way. They have an innate driveness that can turn to quiet desperation and eventually depression if it is not fed.

It truly is not an overstatement to say that gifted women who do not have an outlet for their drivenness become seriously impaired. Unless you have experienced it, it can be hard to understand. But the wiring in a gifted woman is so strongly made in certain directions that it can create a true sense of desperation to find an outlet for it. To access information. To create. To do whatever it is her wiring actually demands of her. 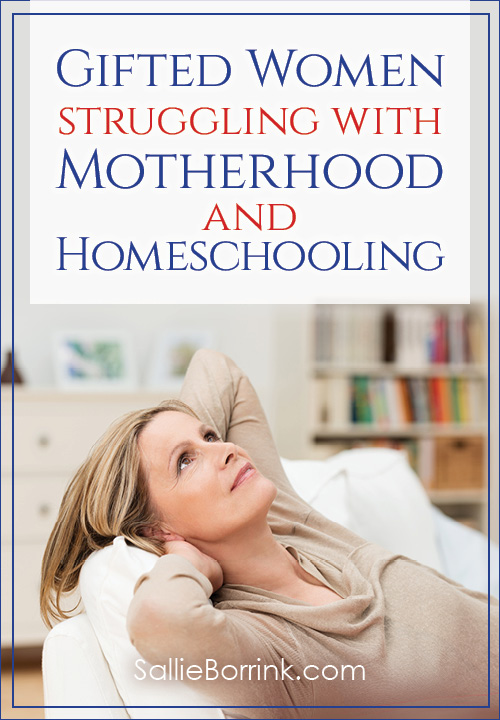 The impairment that results often means that gifted women struggle to fully embrace and enjoy motherhood and homeschooling. It isn’t because they don’t want to. It’s because their own deep needs go unmet so frequently that they aren’t able to do so. They repeatedly put the oxygen mask on their child first because they feel there is no other option. When there simply isn’t time for both, the gifted mom will put on her child’s oxygen mask first and take her own chances.

For women who are fortunate enough to understand their giftedness, it often has come at the end of a long struggle. Light bulbs have gone on and the various pieces of their life start to come together to create a more cohesive picture. But once they have that self-knowledge and then find it impossible to act on it, it’s a recipe for massive amounts of stress and frustration. It isn’t something they can turn off and on. It’s something they can only figure out ways to cope with.

But coping can only last so long before burnout starts to move in. No gifted woman can live in the area of constantly giving and dealing with the stress of an intense child without beginning to break down herself. As we see in the study above, the anxiety is real.

The Overwhelming Emotions of Gifted Women

One thing I have (anecdotally) noticed over the past few years is that there seems to be a much higher level of just-under-the-surface anger among moms who homeschool gifted/2e kids. Online discussions go south much more quickly, people are very quickly offended, and there seems to be much less empathy when you get a larger group of these moms together. I think much of this is due to the significant stress and pressure on these moms. Many of them live with incredibly intense kids and rarely get a break. Homeschooling a gifted/2e child can be incredibly lonely. I know how much my own situation wears on me and I readily admit mine is mild compared to what many moms of gifted/2e kids deal with on a daily basis. The compounding of their own unmet needs along with the anxiety of parenting and homeschooling gifted/2e kids can build up significant amounts of anger that can break through very quickly.

These are very real struggles in the homeschool community. I think they are needs that are invisible because most gifted homeschool moms aren’t going to voice what they are dealing with within the broader homeschool group. It’s bad enough to label your child as gifted and be judged for having the audacity to believe your child is different. To be a gifted woman and express concern or distress about how it is impacting your own overall well-being is a place most gifted women don’t want to go. It’s too painful to be misunderstood by the other homeschool moms around them.

I think this can be even worse if you are a gifted mother in Christian circles. The Biblical concept of dying to self is real and true. But what does that mean for the gifted woman who becomes a mother of a gifted child? How does she balance her own very real emotional and mental health needs with the needs of her child? It’s not like you can say in your small group or Sunday School class, “I’m a gifted woman with a gifted child and I feel like I’m drowning and losing my mind.” I just laughed while I typed that because the idea of saying that in a church setting is honestly so ludicrous. And that’s really sad.

I don’t know what the answer is. I really don’t. My heart goes out to all these gifted women who struggle every day. It is a hard and lonely road to walk. I don’t have three suggestions to give to fix it and make it better. It’s not that simple and I’m not going to insult gifted women by doing so.

Reading about that study did help. It made me realize that the struggles I deal with are real and not my imagination. It helped me understand other gifted women better and inspired me to work harder to embrace a more compassionate frame of reference with them when they lash out in anger toward me or other people due to their own pain.

And if there is anything we all need, it is more understanding and compassion. 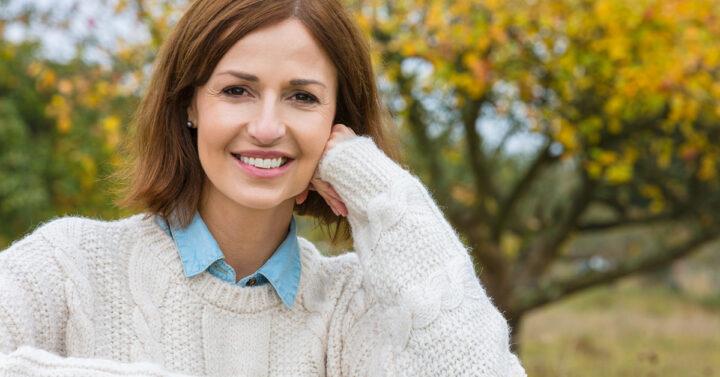 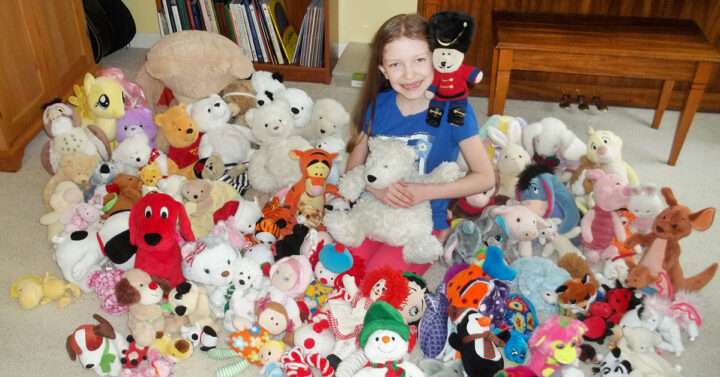 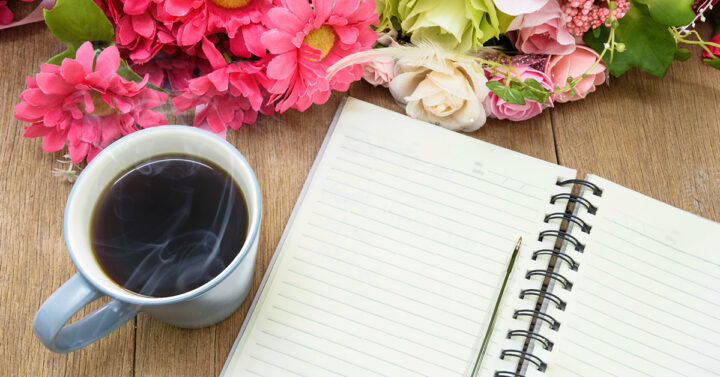