You are here: Home / Simple Living / Quit Facebook Permanently and Delete It All

Don’t be fooled by the post title. I chose the phrase of “quit Facebook permanently and delete it” purely for the SEO value and so people would find this post in the search engines. If I created a post title that accurately reflects my thoughts and feelings, it would be something like one of these.

I didn’t join Facebook until January 2013 and hell froze over that day because I didn’t think I ever would. I had said in 2009 in a now-unpublished post that I was not convinced Facebook was necessary. It took me years after that to finally join, primarily for professional reasons. I’ve enjoyed it for stretches, but have really wanted to leave during the past year.

If you only use Facebook for personal reasons such as keeping in touch with people out of town or catching up with people from your past, then quitting Facebook might be daunting but it is doable. Prepare yourself for the fact that you could become a social outcast according to the extensive reading I’ve done (such as this article about the unexpected side effects of quitting Facebook), but you can do it.

For business owners, it feels a bit more tricky (especially for professional bloggers or people who work online developing websites like my husband and I do). It seems like Facebook slowly puts their tentacles into virtually every area of your personal and professional life until it feels like it’s nearly impossible to leave.

I’ve been thinking seriously about this quitting Facebook thing for a year, not just for my own situation but to understand why quitting Facebook is such a big deal. Why people have such strong reactions about it. So I’ve been reading about it. Asking people about it. Starting discussions. Following my two blogging heroes who had the courage to quit Facebook (Heather and Sue). I have especially followed Sue’s journey because our personalities are quite similar and I can relate to much of what she wrote as she processed her decision by writing about it multiple times on her website.

She also completely quit it – deleted it all. Personal, website page, website group… All of it. Gone.

(I can imagine the rush of freedom and relief she felt when she did so.)

As I’ve reflected on the entire phenomena of why it’s so difficult for people to quit Facebook and delete it all, I read far and wide. Here is a sampling of what I’ve read that covers everything from personal experience pieces to more scientific information about the destructive aspects of social media. It’s not in the scope of what I’m writing here to cover all the scientific aspects. Suffice it to say that I think there are plenty of reasons to be concerned regarding the use of social media.

I’ve found the articles and video from Dr. Cal Newport, author of Deep Work: Rule for Focused Success in a Distracted World, to be especially interesting because his thoughts confirm what I have already seen in myself and the way I work best. This list does not include, of course, any of the numerous conversations I’ve had on Facebook because those conversations are held captive on Facebook. (The rest of my post follows these links.)

This video is quite interesting and well worth your time. He hits on all the big points.

The reality is it feels incredibly hard to walk away once you become a part of Facebook personally and professionally. I believe Facebook has made it that way on purpose and continues to look for fresh ways to enslave people.

At one time, forums were a great source of information and networking. To this day, when I search for medical information, I usually find the best info in old forums. But these forums have slowly been replaced by social media and, now, Facebook groups. Apparently everyone likes having groups on Facebook because it puts it all in the one place everyone is g constantly tethered to every hour of the day so it’s easy to just check in with your (insert some topic here) group.

So forums have slowed or disappeared. I’ve tried to start up a forum here on my site and it’s so difficult to get traction. People do everything on Facebook because Facebook has made it so easy, addictive, and convenient. (See video above.) It takes actual effort to click over to a website or forum rather than mindlessly scrolling down a Facebook feed that has been purposely designed to keep your attention captive for extended periods of time. I know that there are people I interact with almost every day on social media that I would probably rarely interact with again if I left Facebook. That’s just the reality.

One of the problems I have with Facebook groups is that they are not a good long-term repository of information like a forum. They are harder to search. They move more quickly. Members come and go all the time. The same information gets shared over and over again because things move so quickly and search results are not as helpful as in a forum or even a website/blog. When I joined some Facebook groups, I wanted to help people and so I would answer questions when I knew the answer. And then it disappeared down the group feed in under twenty-four hours. It takes time to write up worthwhile answers over and over again. Facebook groups are horribly inefficient from that standpoint.

I’ve set up a Facebook group for my website twice. I started one in the summer of 2016 and it got up to around 100 members. We had nice interactions and a lot of lovely people in there. I shut it down because I felt like it was too much for me to juggle one more thing. Fast forward to early autumn of 2017 and I re-opened it, determined that I had to make it work. But it doesn’t work for me. It fragments my thinking. It causes me to use up my writing capacity for the day in discussions that are here today and gone tomorrow. There are times I go into my group to start a conversation for the day and by the time I’m done interacting for an hour or so that morning, I’m DONE. My brain is tired, I’ve written a lot, and then I have nothing much left to give to my website the rest of the day. So my website content is neglected and the work I put into writing in the group is pretty much gone forever. Read by a few people and then it disappears.

My ability to read widely, synthesize what I read from a variety of topics and places, and write for others in a way that brings all that together is my THING. It is what I do really well. It is what I enjoy. And when I have to keep up a Facebook group (and page), it slowly and steadily sucks away my brain power, my processing power, my writing power, etc. (See video above.) If I’m going to do deep work that benefits others, then I need the ability for sustained focus. And a place where I focus. That place can never effectively be a Facebook group. In fact, devoting time to maintaining a Facebook group (and engaging people on a Facebook page) works directly against creating excellent content and products for here.

It’s said that one of the reasons people don’t quit Facebook is FOMO (fear of missing out). I think that is true. But as a business owner it is also about FOEUB (fear of ending up broke).

You might think I’m joking, but I’m not. I do a lot of professional connecting on Facebook. I do a lot of networking. I would have to give all that up and it makes me wonder how it would negatively impact our business. (That is one advantage I’m assuming Heather and Sue had that I don’t – their entire household income isn’t dependent on their online endeavors.)

So, yes, it is partly professional fear that keeps me on Facebook. Sad, isn’t it? But I’m being honest.

I don’t think it’s great that companies like Facebook (and Amazon and Google) dominate everything. I don’t think it is in our culture’s best interest at all. But everyone falls in line and gobbles up their services, furthering their stranglehold on everyone personally and professionally.

When the topic of quitting Facebook or social media comes up with other bloggers, responses generally fall into a few camps:

A part of me wants to leave Facebook to prove it can be done. To prove that it is possible to run a successful business and not be enslaved to Mark Zuckerberg and his company’s soulless algorithms that have the ability to make changes on a whim with no reference to the impact it can have on an individual’s business or family.

Actually, I want to prove that you can be more successful without wasting energy on soul- and time-sucking social media just as Newport says in the video above. I know without a doubt that old-fashioned blogging had far more to offer many people than what passes for community today on social media. Frankly, sometimes I miss parts of life before the internet.

So I’m not sure what I’ll do long-term (and I certainly can’t tell anyone else what they should do in their particular situation). I’ve contemplated quitting Facebook for twelve weeks and seeing how it goes. I’ve been reading The 12 Week Year and I can see the wisdom in applying the concept here and only quitting for twelve weeks to start. I’ve been convinced for a long-time about the wisdom of not building your online home on a rented lot which is why I also sell my products on my site and not just a platform owned and controlled by other corporations. It’s why I keep an email list so I can keep in touch with my readers without needing anyone else’s “permission” or needing to pay money to boost a post on Facebook so the people who have chosen to follow my Facebook page can actually see what I’ve written.

The bottom line for me as a writer and creator of educational products is the desire to encourage and help others. If I were to talk to someone in real life, I would want to invite her into my home for a cup of coffee and sit by the fire and chat. I have always thought of my website as my online home and it’s where I want to invite people to join me. 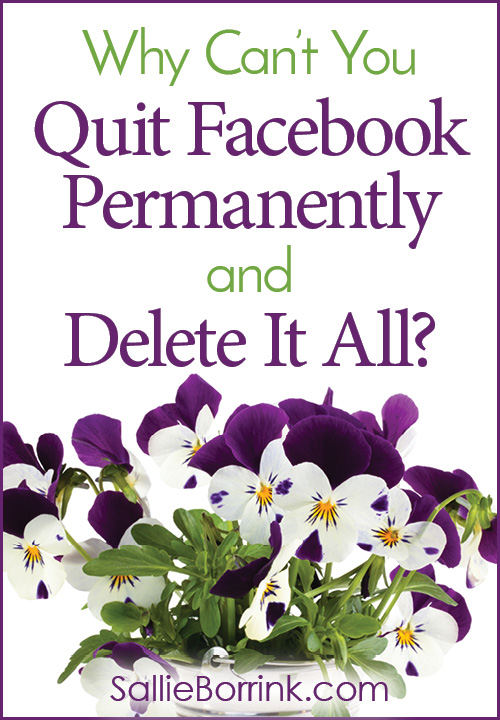 Christmas Afterglow
Next Post: The Cozy Life In America (and Why I Prefer It To the Danish Hygge)