You are here: Home / Our Simple Family Life / Only Child / Deciding To Have An Only Child

If you are new to my website, I highly recommend reading a few of my previous posts before reading this post about deciding to have an only child. They are long, but this post will make more sense if understood in the proper context. You will not fully understand my perspective or the path I have walked in this area otherwise.

Please also note that I wrote this in 2007. If I were to write it today, I would write it differently. But I have opted not to edit it because it reflects where I was at the time when I wrote it. I hope to do some more writing about having an only child at some point. I’ve learned a lot along the way.

I hope you find these posts encouraging if you are going through your own season of infertility or choosing whether or not to have an only child.

I sometimes find it hard to believe that in a span of 350 days we:

That’s a lot to experience and process emotionally, spiritually and physically in 350 days. In fact, I’m still processing it. And based on some of the letters I received from a few different women, I’ll be processing this the rest of my life.

Making The Decision To Have An Only Child

If you ask David, he will tell you the decision to not seek to have any more children was pretty much made the day Caroline was born. After watching me go through my pregnancy and then the delivery, he was quite sure he did not want me to go through it again. So he was pretty steadfast about what should be done. However, we committed to giving ourselves some time, praying about it, and not rushing to make a decision that might be based purely on emotion (and exhaustion).

I waffled a lot. I’m sure some of it was hormonal. Some of it is my personality. I have an overdeveloped sense of obligation. There is something in me that is willing to suck it up and do the “right” thing, even if it is to my own detriment. I’m not talking about biblical sacrifice or putting the needs of others first, but doing something because I feel falsely obligated to so do.

In this situation, I struggled with feeling “obligated” as a “good Christian woman” to continue trying to have babies. But I know God gave David to me to protect me from myself and I have learned to trust David’s judgment and love for me. In this case, I knew deep down inside he was right, even when I waffled more times than I can count. 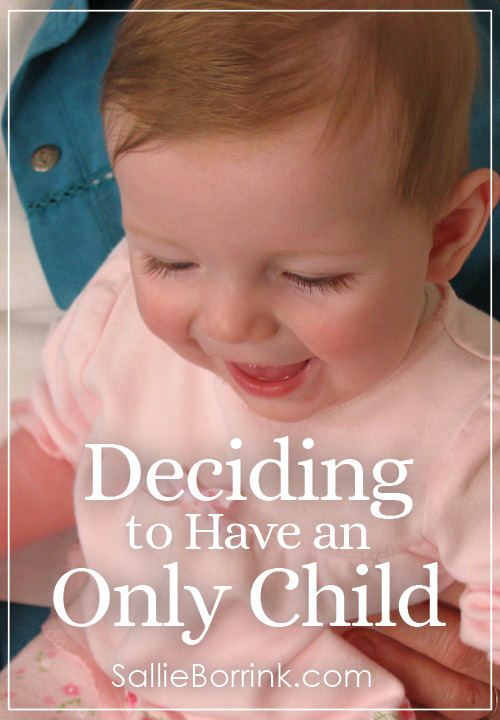 The number of factors contributed to making this decision relatively easy. I think the decision would have been harder if we were only faced with one or two of the factors. But the combination of our ages (44 and 41), the gestational diabetes, the inability to deliver, the c-section complications, the toll the pregnancy took (and is still taking) on my body, etc. all made the decision easier to make. If I were 25 or even 30 I think this would have been much harder to accept.

That isn’t to say it has been easy. I’m very sad that I will not carry another baby, especially after experiencing the entire pregnancy/delivery/baby cycle. I would like to have carried another baby, knowing what happens when it is all through. As miserable as my pregnancy was, I thoroughly enjoyed some parts of it. So even though I don’t long to have another child, I am sad about not being pregnant again and feeling the baby moving around in there.

Trusting God And Many Other Questions

I have wrestled with a lot of questions in making this decision. The biggest one for me was why I could trust God to choose if and when we would have children, but after having Caroline I was taking steps to close that door. Did I not trust God any longer in this area? Was my faith weak? Was I being hypocritical in making this choice? Was this decision being driven by fear or faith? The only way I can describe it is like this…

When we were experiencing our childlessness, I had a quiet confidence that God was doing what was best. Of course I wavered at times. I’m not going to say that I never struggled with doubts or times of despair. I did. I don’t see how you could go through it for that many years and not struggle with those feelings at times. But for the most part, I had faith that God was doing what was best and that there must be a reason for all of this. So while I had faith to not have children, I did not have the same confidence to continue trying to have more.

It was not the fear of having more as much as it was facing the fear of NOT having more. It was whether my faith in the sufficiency of God would allow me to be at peace with only having one. So instead of asking myself if I trusted God to bring me safely through another pregnancy, I was faced with questions such as:

I also struggled with thoughts such as:

I went through all the typical only child questions. But in the end I knew that siblings don’t guarantee happiness or even relationships. (I’m sure there are plenty of people who read here who can testify to the fact that having siblings doesn’t mean diddly squat in terms of guaranteeing happy adult relationships.) I also knew that an only child doesn’t have to grow up selfish and spoiled. If the child is selfish and spoiled, it is because he/she has stupid parents, not because there is something inherently wrong in an only child.

There are several things about the militant quiverfull folks that drive me batty. And by militant I mean the people who think it is always wrong to not trust God with the size and timing of your family. I know there are people who would call themselves quiverfull who are not like that. And that’s great. I think it is great that God has given some couples the ability and desire to have large families. But He doesn’t give that to everyone, no matter what people say. But there is a vocal contingent in the quiverfull movement who make my blood boil when I read some of the stuff that they write.

Some of the ideas they perpetuate? I don’t buy the reasoning that having a large family is the best way to impact our culture for Christ. Yes, it is a way, but not the best way or even the most expedient way. I’ve grown weary of the stories that women write that imply if you aren’t willing to risk death to keep having children, you are a wicked woman who lacks faith. Women write stories online and in magazines about how their doctor advised them not to have any more children because it would kill them, but they kept right on having them. Well, we’ll never know if God blessed them because of their faith or in spite of it, but to make risking death the mark of a godly Christian mother irritates and offends me to no end.

I also take exception to the idea being promoted that having children is the primary means of sanctification. It is A MEANS of sanctification for those who have them. And it may be the primary means for some people. But if it is the God-ordained primary means across the board, then single folks and couples who are unable to have children must be second class citizens of the Kingdom and are at a disadvantage when it comes to their sanctification. Hogwash. God can sanctify people with or without children. As someone who was single for a long time and then childless for a long time, I can testify that God had plenty of other means for working on my sanctification! 😀

Moving Forward With An Only Child

So, that is how we arrived here. It’s funny. In some ways I should have seen this coming years ago and maybe I did. I never saw myself going through childbirth. It is almost like I intuitively knew that I would never experience it. I also never desired to have a lot of children even though I was willing to do so if that was the calling God had for me. Given my personality (as well as David’s), one is perfect. I think I’ve known that for a long time as well, but felt compelled to be open to whatever God might have for us. I don’t regret the choices we’ve made, especially in being open to having children for most of our marriage. We don’t have to look back and wonder if we made a mistake in putting off having children for so long. We were willing, but God had His own timing.

And I think that having gone through such a long period of childlessness made us more confident of our decision to be content with one. There is so much pressure on Christian women today in these areas and such guilt heaped upon women who truly love the Lord that I really believe that women need to come forward and share a different perspective. Despite what is being taught hammered in some circles, it is not God’s will for every family to have a dozen children, or ten, or six or even two. Couples make difficult choices – in faith – whether we understand all that goes into those choices or not. I hope that many women will find freedom from guilt and pressure by reading this post. 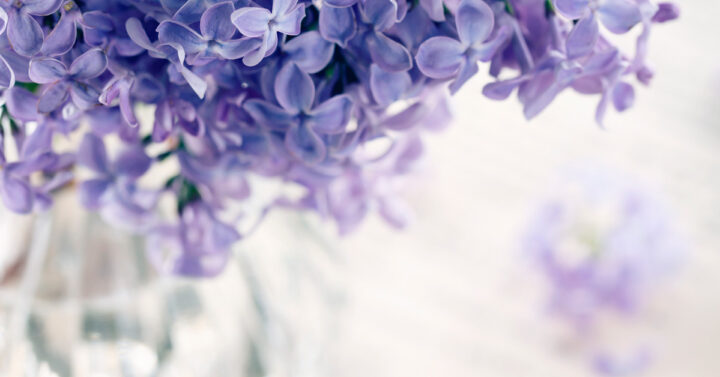 Saying “No” To Church Pressures 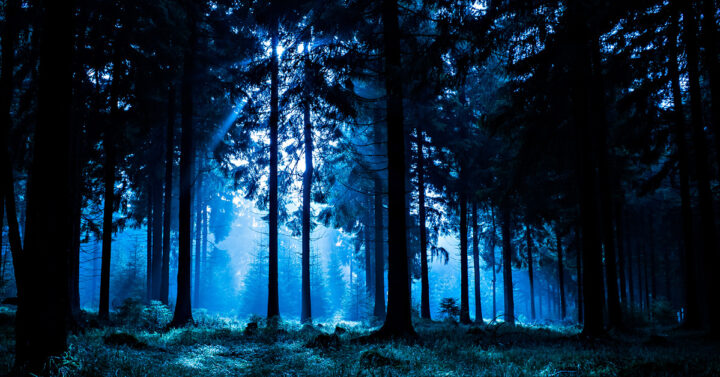 The Life Lessons of Warren Wiersbe, Rachel Held Evans, & Those Falling Away By Deconstructing Their Faith 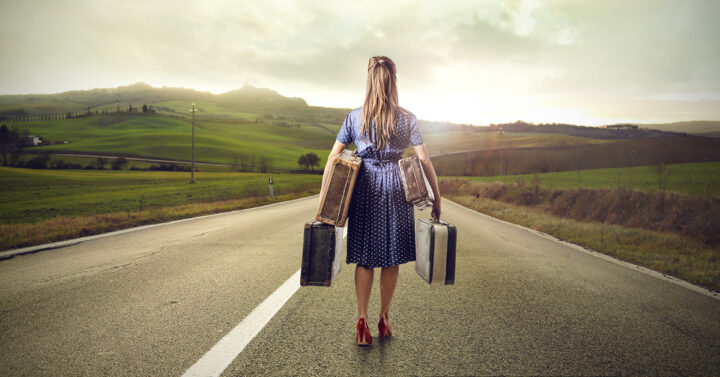 Stop Giving Yourself To A Culture That Hates You {Sallie Video} 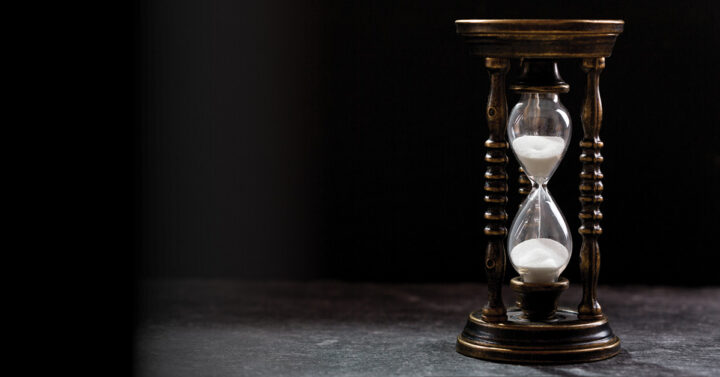