I purchased my dark green and gold NIV Study Bible in October 1992. Over the years I’ve purchased many other Bibles of various translations and formats, but this one continues to be my favorite. 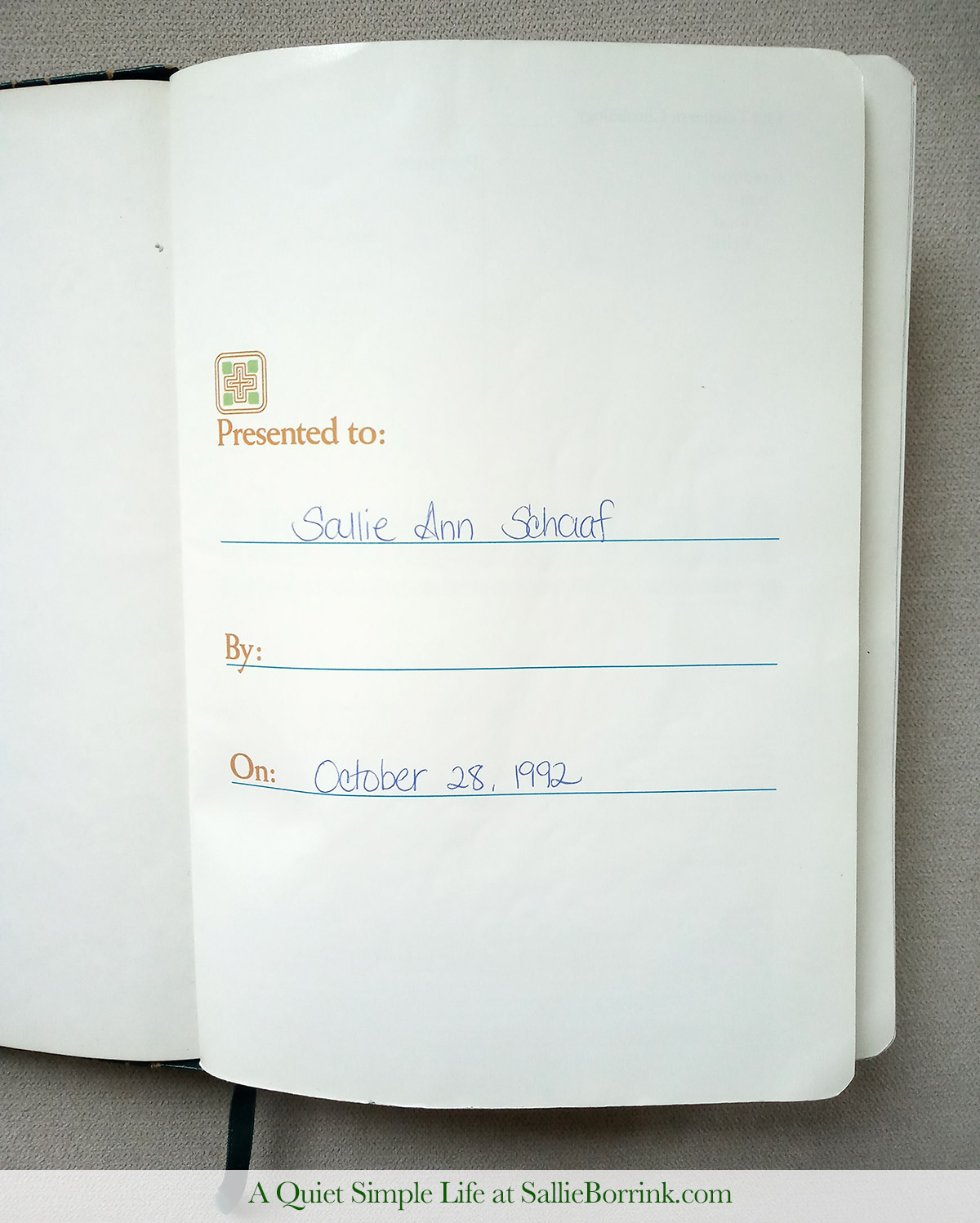 It’s familiar. I know where things are located on the page. It has my notes all over it. It’s the Bible I used for memorization in my twenties. 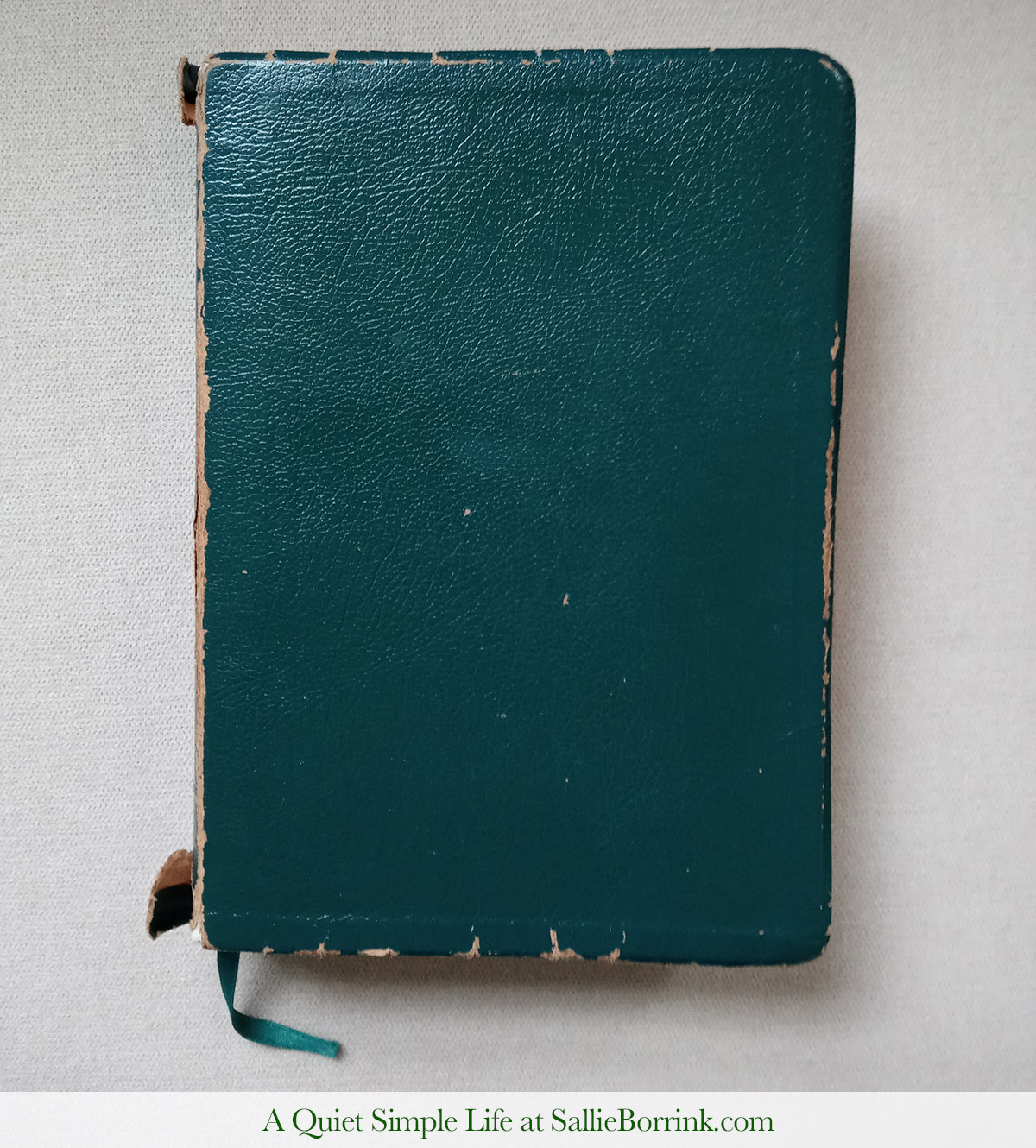 Thirty years later it’s the Bible I use with Caroline during our homeschool time. It’s easy to understand and works well for reading aloud.

Caroline has two Bibles, but neither one was working well for her. One was geared more toward younger girls/tweens and has busy pages. The other is one with artwork for coloring with colored pencils. (It helped her focus in church to be busy with something while she listened.) But now at 15 she needed an adult Bible that would work well for her personal reading and our homeschooling time.

I suggested to her that I look on eBay and see if there was any chance someone had an identical Bible to sell. She liked the readability of mine and also liked the study notes.

Would I possibly be able to track one down?

Well, I was so pleased and astonished when I found the PERFECT one for her on my first look.

The Bible is brand new. It was still stored in the original box, but had no indication it was decades old. No musty smell or anything. 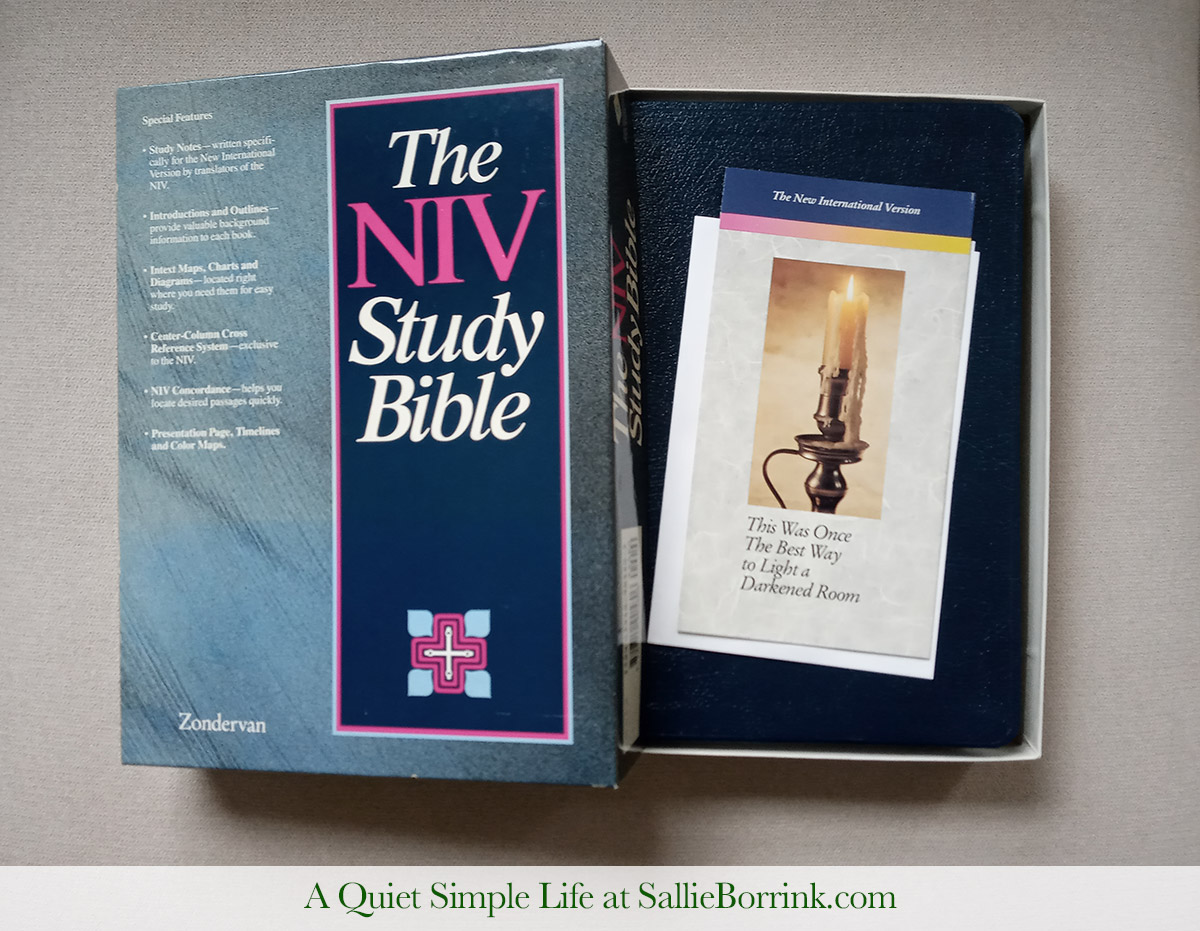 It’s the exact same edition as mine (page numbers match). It’s in the dark blue and silver combination which would be her immediate first choice. 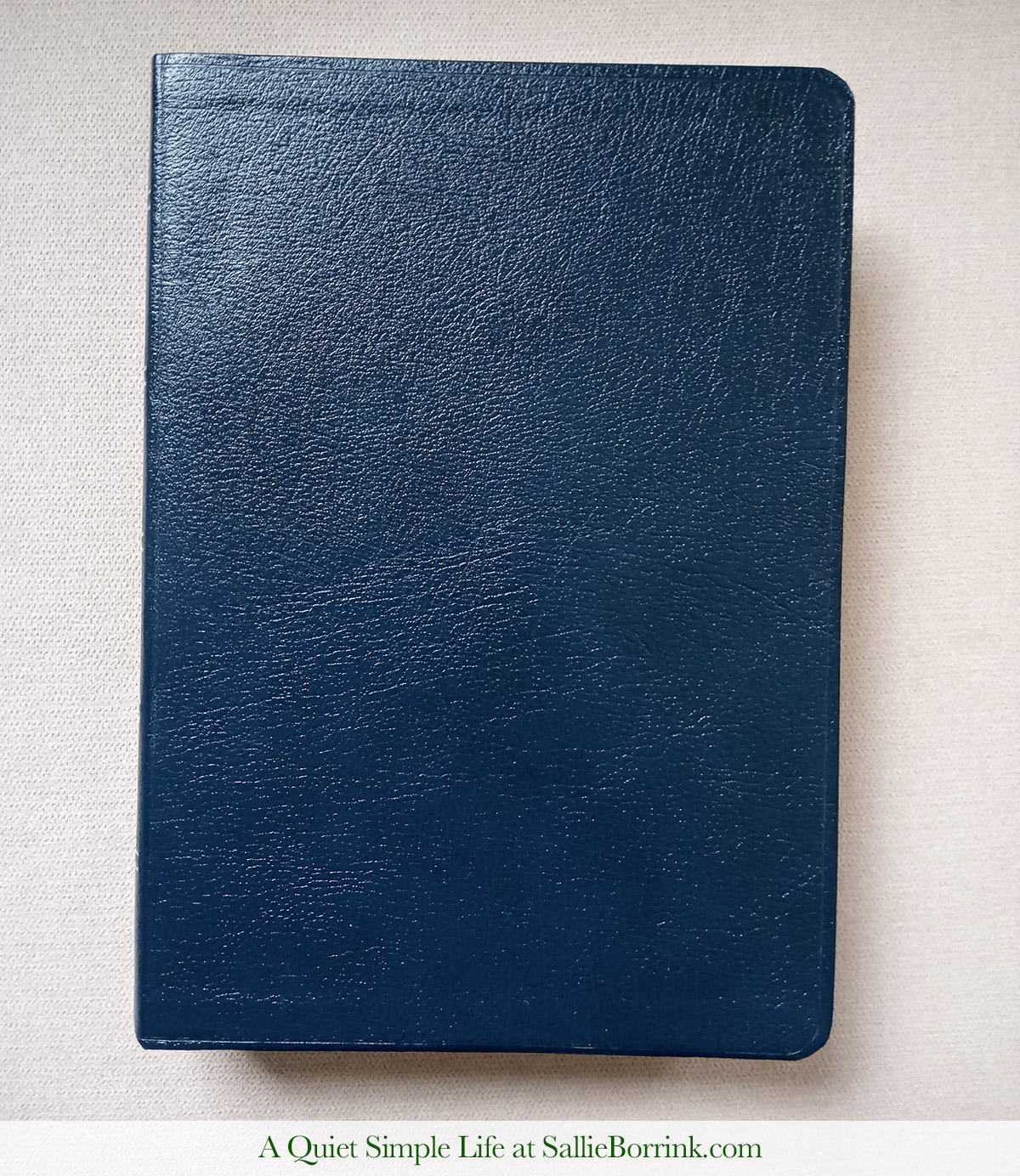 The spine has never even been broken. The pages look like they were never thumbed through. 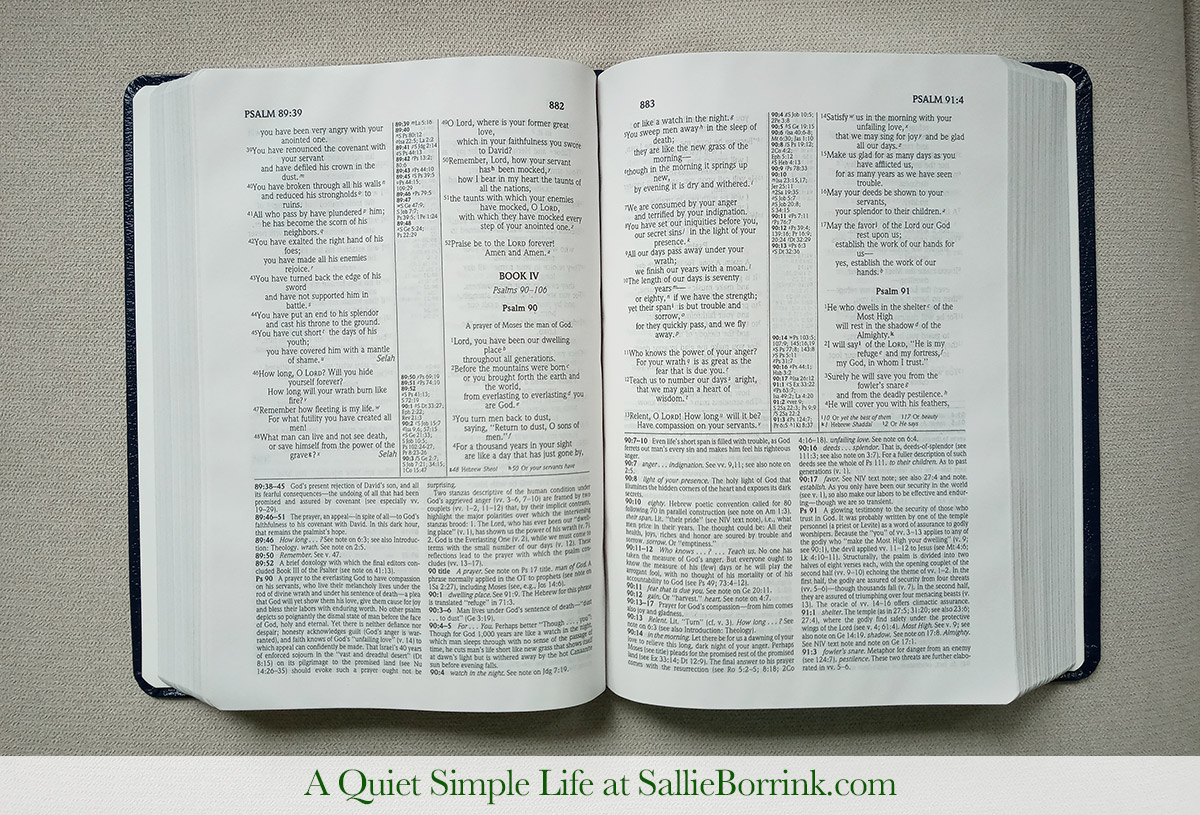 It even has the maps in the back that include the Soviet Union (like mine) which she thought was really cool. (She likes the 1980s!) 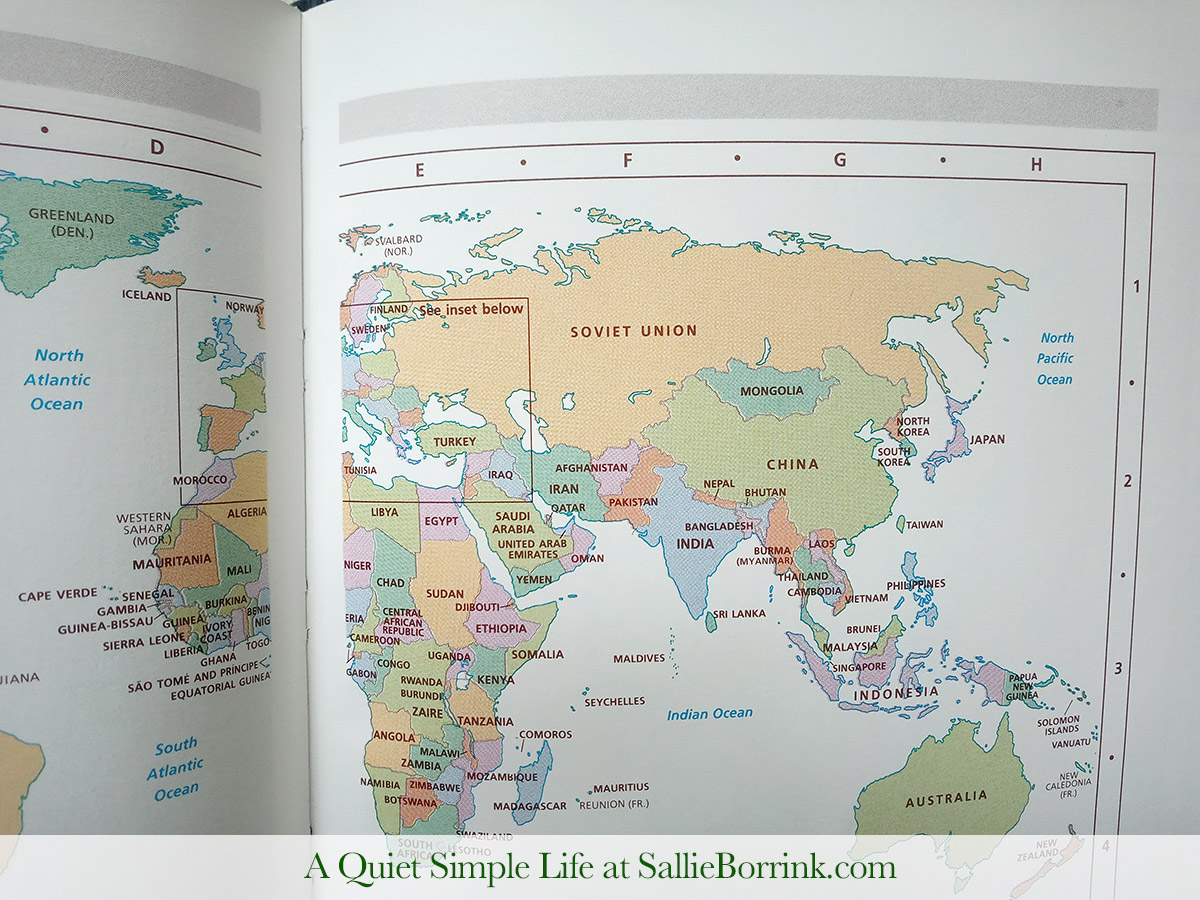 I suppose part of me could be sad that someone had this Bible and never used it. But instead I see it as such a neat part of our family history that God provided this at just the right time. It was safely tucked away all these decades until someone posted it on eBay and I felt prompted to look for it.

So now we have our matching Bibles we can begin to use together. 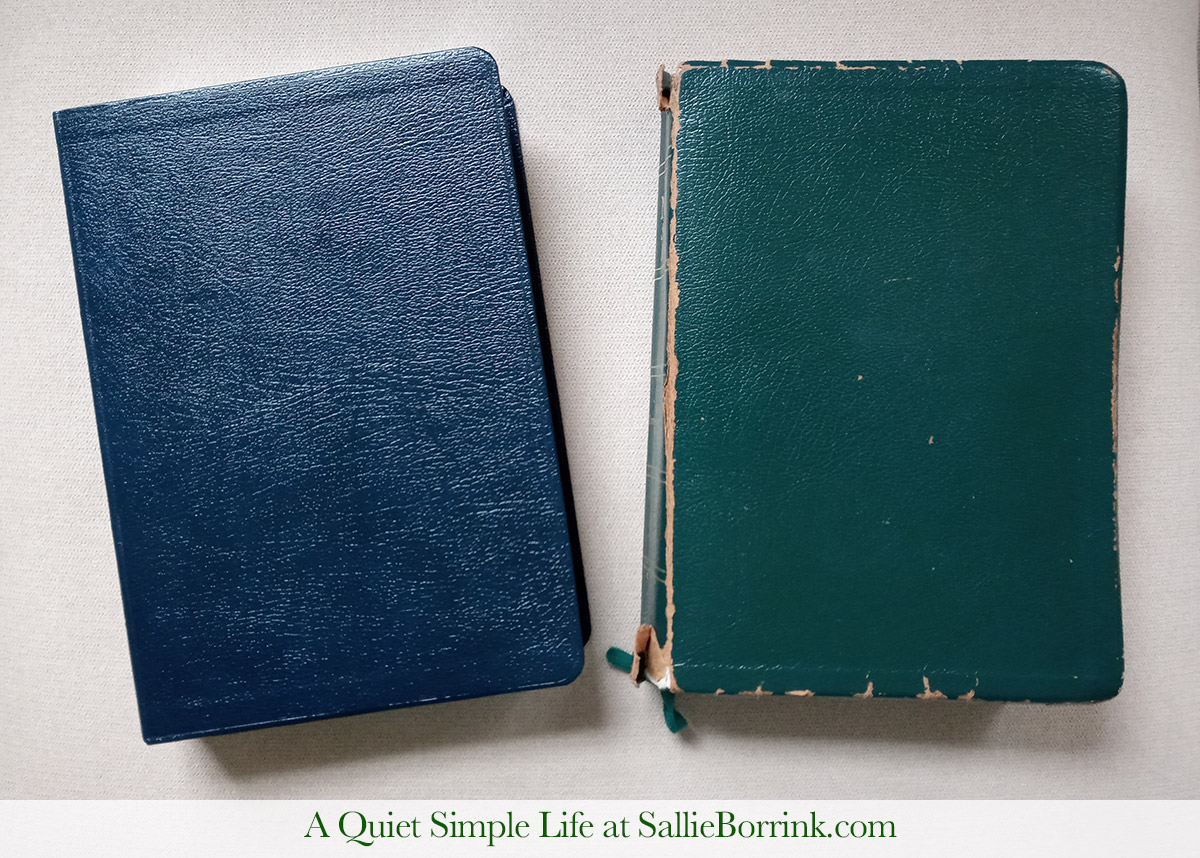 It probably seems like a small thing, but it isn’t to me. 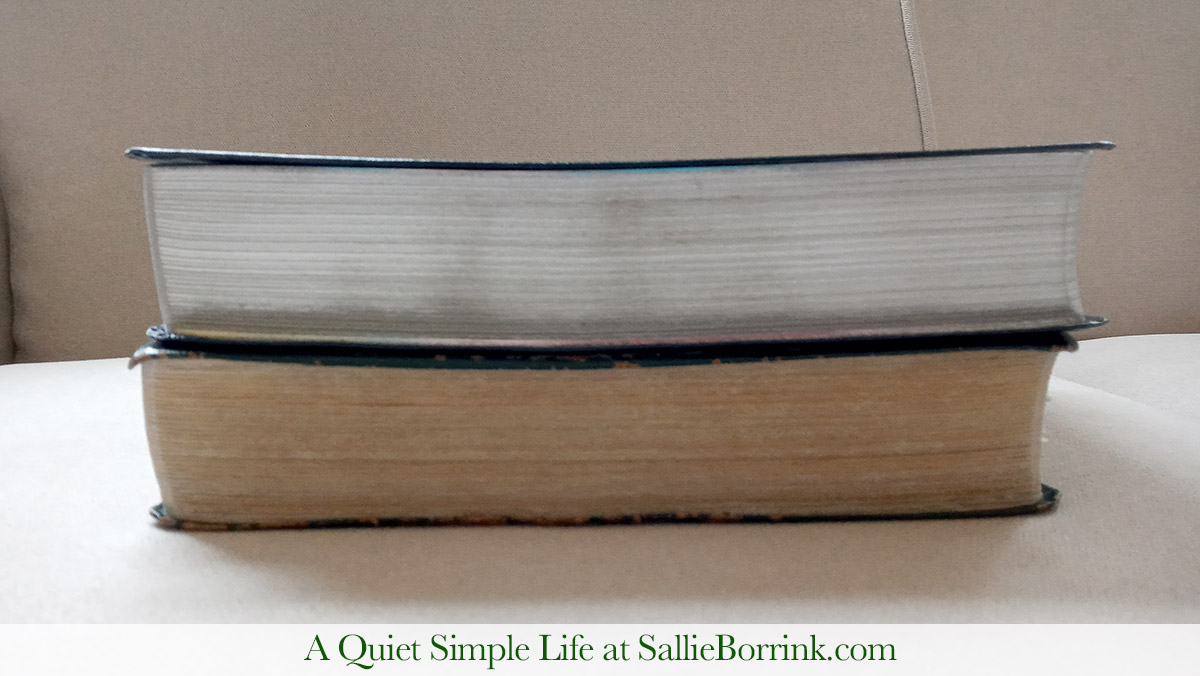 It’s a great example of God caring about even the little things and orchestrating them – decades before I even knew there would be a Caroline to homeschool. 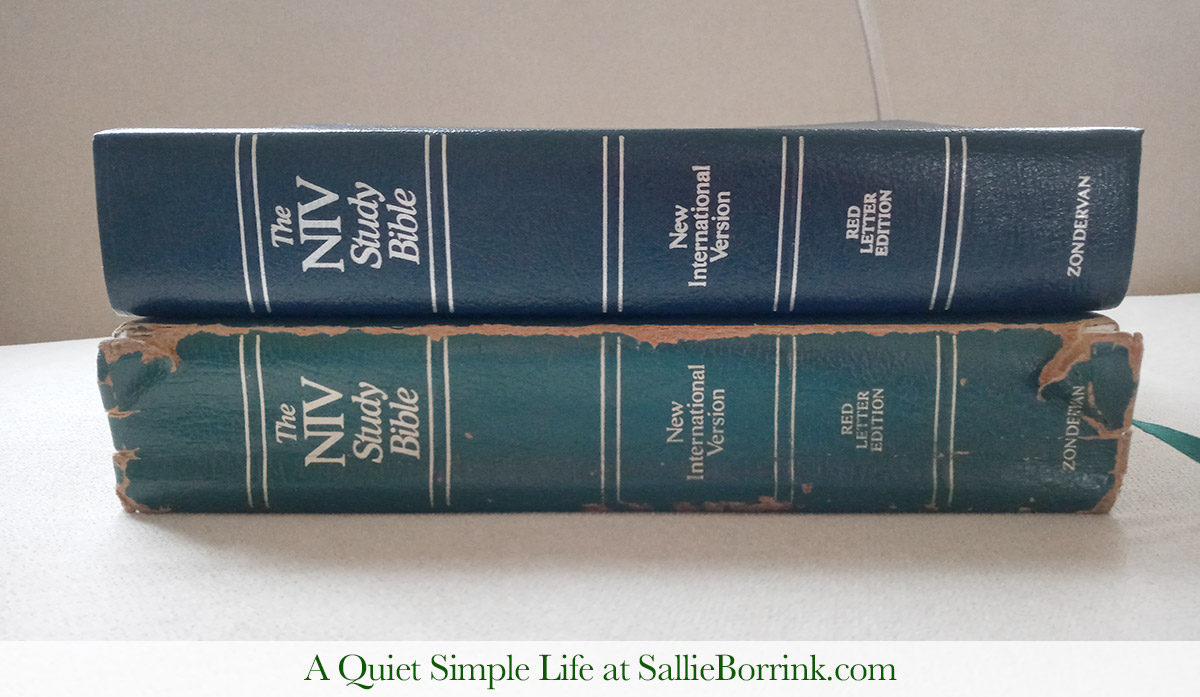 So Caroline inscribed her Bible. Maybe she will be reading it aloud to her daughter sometime in the future. I pray this is so. 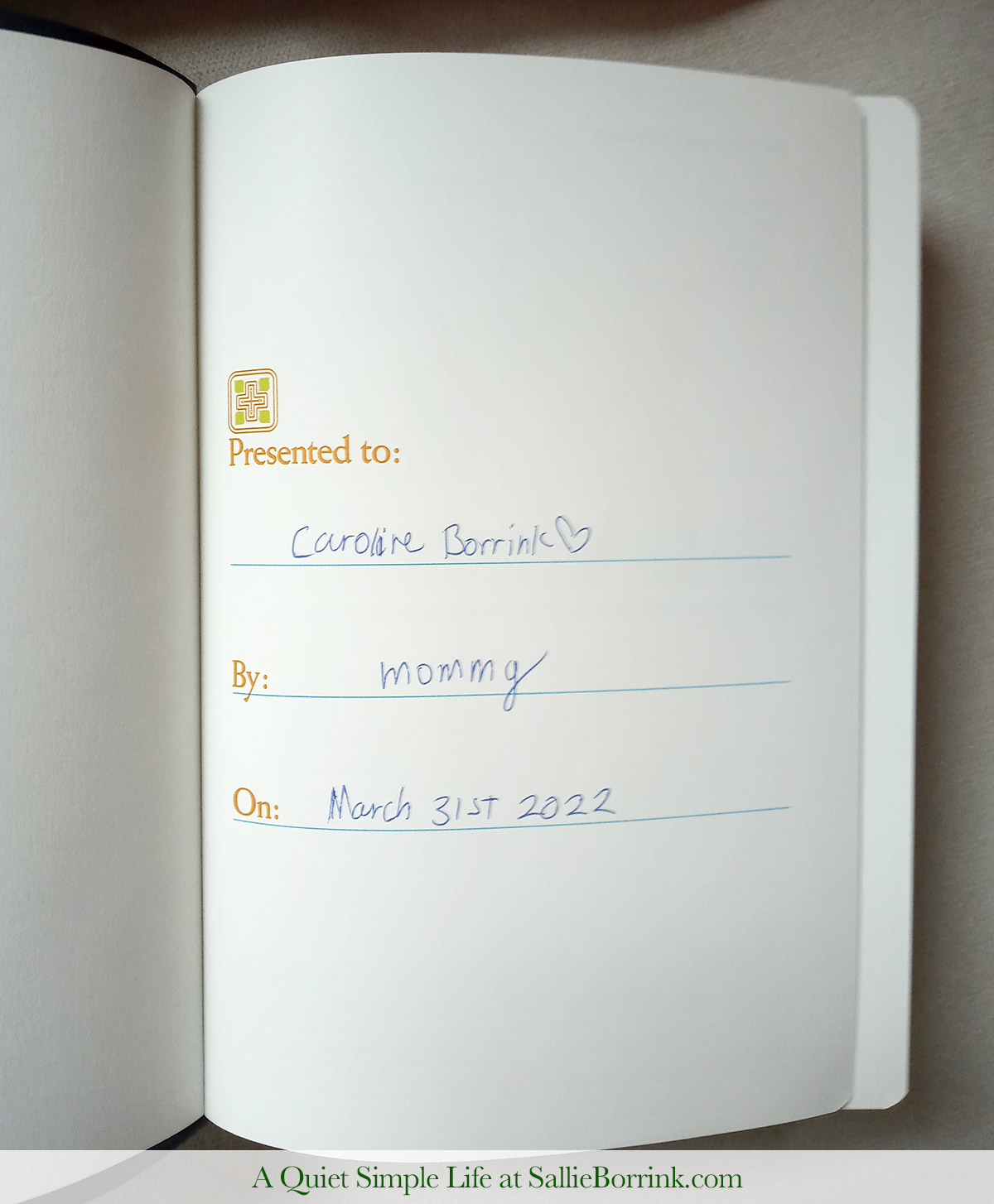 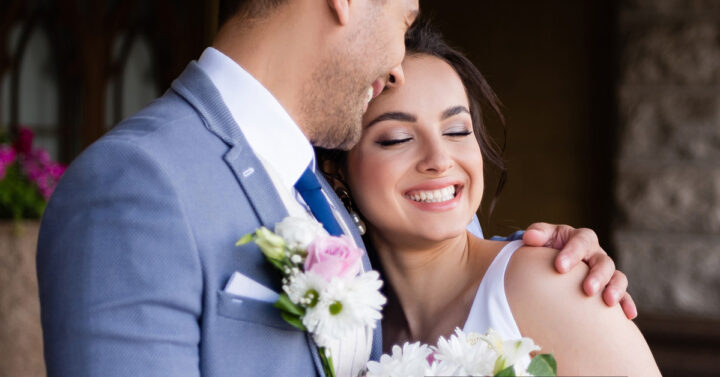 Changing Your Last Name When You Married 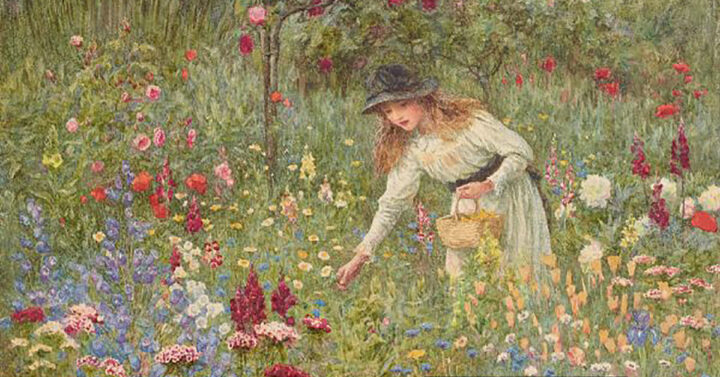 In Our Cozy Home This Week – No. 53 (Christmas Lights, Buying Books, KWLs, and Updated Printables) 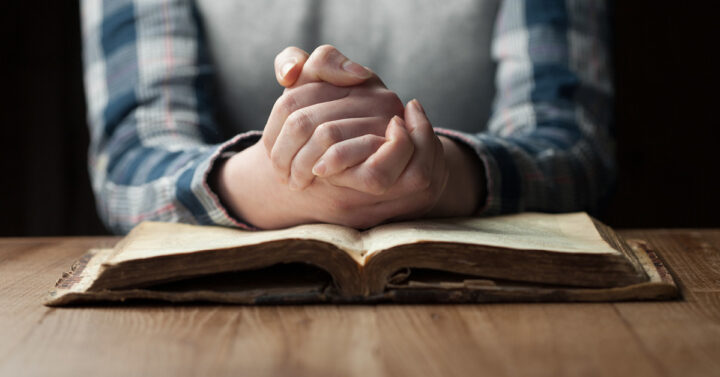 Quotes Of Truth To Live By 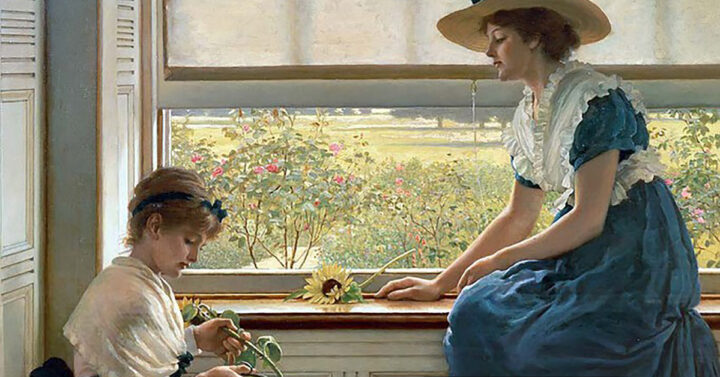 In Our Cozy Home This Week – No. 62 – Beauty, Homemaking, Homeschooling, Home Business

Disney – The Death Of Institutions In The Fourth Turning
Next Post:Sallie’s Rebuilding America • Episode 20