You are here: Home / Our Simple Family Life / Our Life In July – Teacher Friends, New Car, Painting Bathrooms and More

Shortly before Memorial Day, I compiled a plan of publishing content here 100 days in a row over the summer. So that obviously didn’t pan out for a whole host of reasons. But we’ve had an enjoyable summer filled with important events and that’s better than blogging every day, don’t you think?

So in random order, here’s some of what’s happened the past seven weeks or so.

A few weeks ago, two of my teaching colleagues from my student teaching days came to visit. Dorothy was my mentor teacher for two years. Jan was in the classroom next door and her first year at that school was my student teaching year. We all got along so well and we’ve kept in touch all these years. They came to my wedding, baby shower, etc. They hadn’t seen Caroline since her first birthday party so they came over for a visit.

When I was telling Caroline about them before their visit, I said that Dorothy and Jan are two of the nicest ladies you would ever meet. And they are. It was so fun to catch up with them. They brought Caroline two Michigan State t-shirts in her current favorite color – orange. She was over the moon. She showed them lots of her artwork. It was a lovely visit and I’m so thankful they took the time to come and see us.

We are homeschooling this summer and it’s going well. We’ve settled into a good routine which I still plan on writing about in another post. I’ll also share what curriculum we’re using and how we’ve set up our days. (Post now here: Living by the Seasons and Homeschooling in the Summer)

David’s parents celebrated their sixtieth wedding anniversary with an open house at their church. Our parents share a few striking similarities. Both have been married a long time (60 years and 53 years.) David’s parents were married in their pastor’s office. My parents were married by a Justice of the Peace. So neither set had a traditional wedding, but both marriages have endured. Both of our dads were in the Navy and worked for General Motors. Both sets have lived their entire lives in Michigan. It’s funny to see the different things our families have in common.

I’ve mentioned in passing that we purchased a new car. This is something we’ve been praying about for a couple of years as our cars were getting to the point of not being fixable any longer (1997 and 2003). We had purchased both of them used from my parents so we hadn’t shopped for a car since before we were married. (Really.)

Long story short, our 2003 car died and we found and bought our new car in about 48 hours. I spent the entire day after the car died doing research to refresh myself with the process, options, pricing, rebates, financing, etc. We asked for Chevy dealer recommendations in a local Facebook group David is in and were overwhelmed with positives about one in particular (that we probably would not have visited). One of the saleswomen was in the group and said she would be happy to help us. We instant messaged with her and told her the exact car they had we wanted to drive the next morning. We drove ONE car that morning at 9:15 and were home that night with it around 8:00 after a very full day of getting it all done.

So we ended up buying a 2019 Chevy Equinox. It’s a beautiful rosy red color. (Caroline has named her Rosie.) We had decided a few years ago that our next car would be an SUV so that was an easy choice. To say cars have changed between 2003 and 2019 is a major understatement. Because it is new, it has OnStar, Wi-Fi, and SiriusXM on free trials. I don’t really care about the OnStar and don’t think I would keep paying for it. Caroline loves the Wi-Fi, but I’m not sure I’m willing to pay for that either. However, I am in love with the Symphony Hall station (76) on SiriusXM. It is very much like a classical station we had here in Grand Rapids when we were first married. We listened to it all the time and mourned when it went off the air. I may shell out the $12/month to keep SiriusXM, especially since Symphony Hall has no commercials.

One thing we thought was a bit over the top but now really like is the backup camera. When we first had it in a rental car last month we thought, “Really? What next?” However, we are now converted to how wonderful they are.

To answer the inevitable question of why we bought a new car that depreciates as soon as you take it off the lot instead of used… We crunched the numbers to compare buying a car a couple of years old and buying new. Since we plan on keeping it for many years, it is worth it to pay the extra each month to have a brand new car. We don’t have to wonder about how it was treated, maintained, etc. We also did not have time to spend searching for a car. Lastly, we have dealt with older cars for the past five to seven years. We are thoroughly sick of the expense, mental drain, time suck, inconvenience, etc. that used cars are. We opted to buy new, pay for an extended warranty, and be done with it. We don’t have to think about that car for many, many years except to pay the payment and get the oil changed. I know all the arguments about not having a car payment and I understand it. In my ideal world, I would have paid cash for it but for some funny reason I can never quite get to my ideal world. But we’ve lived the older, used car life for a lot of years and are just sick of the mental and time drain that it is. We would rather invest that energy into our work and enjoy the peace of mind of a new car.

I’ve been spending quite a bit of time reading and watching videos about Google, YouTube, and Amazon. Some of the testimony regarding Google and YouTube at the Senate hearings was disturbing. I’ve also watched professional SEO folks speaking at conferences about what Google is doing to people who depend on search engines online for their business. Putting aside the manipulation, censorship, and political issues (which are significant and concerning), the trends with these companies is very bad news for small businesses and bloggers.

The layout of Google search results has been massively changed and it is squeezing out smaller sites. Not only that, but in introducing these snippets that give you a quick answer to a search, they are basically stealing content from content creators. If a person can get the answer in that snippet without clicking through to the site where it actually resides, Google has basically stolen a page view and potential ad revenue or product sales from that website owner. It’s infuriating.

Also take note of how Google now forces you go actually go to the search results much more often than prompting the full link when you are typing. Why? Because they want you to click on the ad at the top of the search result. The other day I was searching for Barnes and Noble in the car. At the top of the results was not Barnes and Noble. It was an ad that Barnes and Noble would have to pay for if I clicked it. (I never click the ads and always scroll down to the actual website.) There are a lot of things Google is doing in search that is really shady. (Again, see the link to my other site if you want to know. It’s a real problem.)

I’ve also been watching Amazon slowly eliminate their affiliate program. They depended on affiliates to really push their products in the early days and turn it into the behemoth it now is. Now that they are training people to order via their creepy listening systems, they don’t need affiliates. They have slashed affiliate commissions in recent years and I suspect they won’t even have them in the near future.

Amazon has also entered into partnerships with large companies to write “reviews” on Amazon. What many people don’t know is that those featured “review” sections are often a financial partnership with huge conglomerations. So if I recommend an Instant Pot on my website because I have one and like it and you click over, chances are if you do any looking around I won’t get the affiliate sale. In the past, I would not only get the affiliate sale for the Instant Pot you ended up buying, but everything else you bought at the same time. No longer. Amazon has radically changed things and even in the affiliate discussion boards people can’t quite figure out how Amazon has changed things. It’s just obvious that they have because affiliate revenue has plummeted. That revenue is what makes it possible for many people to create content online which means less original content from smaller people in the long run.

I shared in a previous post the new shower curtain Caroline picked out that combines the paintings Starry Night and The Wave. We painted her bathroom over the Fourth of July a pretty medium blue of her choice. We also painted the ceiling, updated her light fixture and towel rod with white spray paint, painted the woodwork/window, etc. David taught himself how to rescreen windows two years ago so he put in a new screen. Overall, it was a very inexpensive update to her bathroom. Best of all, she’s very happy with it.

This week we are painting the half bath. It has a green countertop we are not replacing and white cupboards. The walls are currently a light yellow. We’re going to paint them a lighter taupe color so it will be more neutral. (It has the same oak laminate flooring we have on a lot of the first floor.) With the taupe walls and green countertop, I can easily change out the little decor pieces with the seasons (fall, winter, spring. etc,) and holidays. The previous owner thought it would be fun to add texture to the walls so she painted them with sand in the paint. (I’m not a fan.) We left it the last time we painted because we were pressed for time. This time it’s getting sanded and we’re going to paint over the walls with the same heavy primer we used in the family room two years ago that had a suede effect on the walls.  So for a small amount of time and effort, we’ll have a nice fresh bathroom.

So that’s a little bit of life in our world this month! 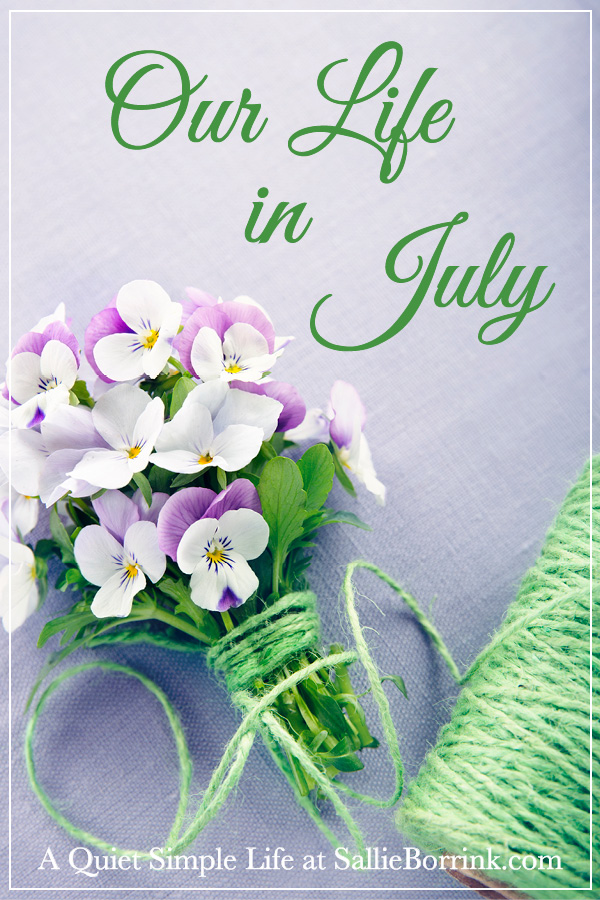 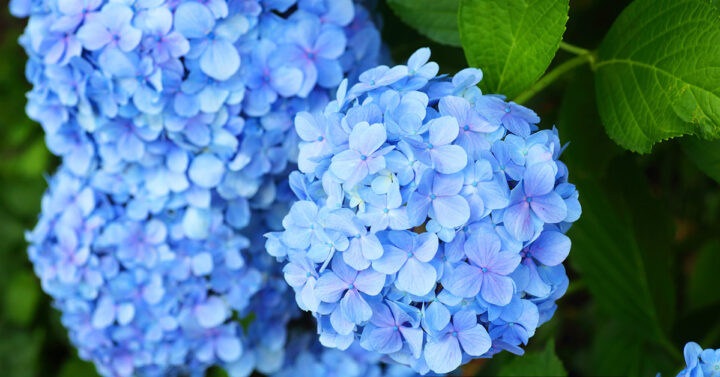 More From The Archives 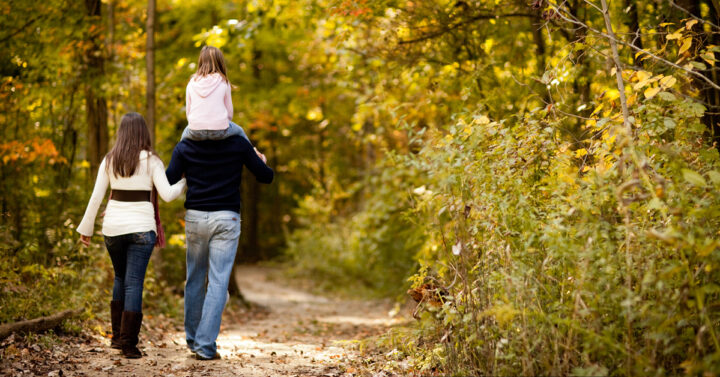 Are You A Couple With A Child/Children Or A Family? 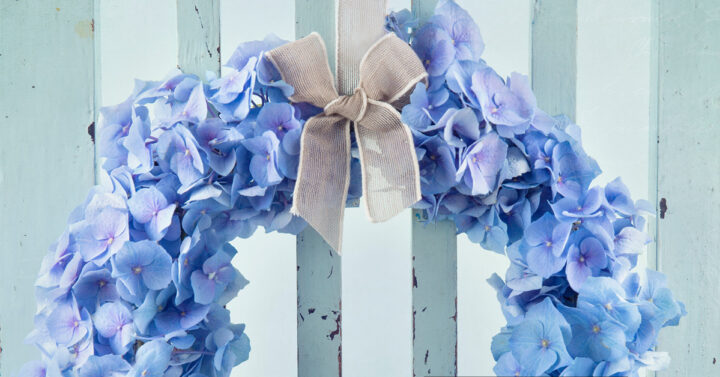 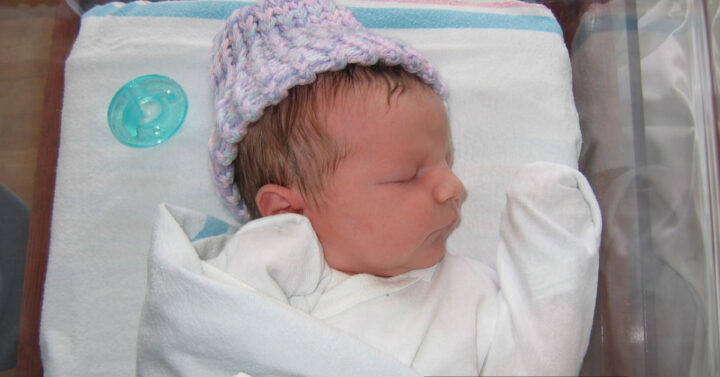