You are here: Home / Faithful Living In Difficult Times / Occam’s Mirror and Surrounded By False Reality

This was a difficult week for our family. It was one of those weeks when the brokenness of everything was evident everywhere we turned. Broken people, broken institutions, broken everything. I spent time trying to help my daughter understand what is going on and why her teen years have been turned upside down. (Relating it to how life drastically changed for everyone in Season 2 of Downton Abbey when the world was at war seemed to have helped offer some perspective.)

I’ve already written about weariness during war, pressing on in difficult times, and such. I’ve grouped all those kinds of posts together in one category because it has grown to be so many (Faithful Living In Difficult Times). This week sees another addition to the collection, but from a different perspective.

It started with the video I shared (Recommended Video – The Authoritative Source, False Reality, and The Party of False Decorum). I had already been thinking for months about what it’s like to live in a culture where there are basically two realities at work (reality and false reality). That video conversation helped me tie a few things together. But then I read something else closely related and it made my heart ache with the truth of it.

Vox Day shared What I saw in Occam’s Mirror and I have not stopped thinking about it since I read it. To start with, it is simply a brilliant piece of writing. The kind of writing I would like to do if I wasn’t always just slinging words onto the pixelated page because I don’t have the luxury of crafting what I write. I write and post because that’s what my life’s bandwidth allows at the moment. So I was in awe of the beauty and power of the writing.

But it went far beyond that. Martin Geddes put into words what I and so many people I know have been feeling. He, too, talked about living in a world where so many are living in a false reality.

I don’t think I realized how much trying to pussyfoot around the feelings of those living in the false reality had been weighing on me until I read this post. I am cognizant of the fact that many good people do not yet realize they are living in a false reality. I’ve tried to act in Christian love when writing about the world, events, and choices we are all being forced to make.

The weight of it is massive for those who are unjabbed and awake. I haven’t talked about it much because at the most basic level I didn’t want to hurt anyone’s feelings. I don’t want to lose the friends, family members, and readers I still have in my life. But reading Geddes’ words hit me like a ton of bricks.

I realized afresh how I have censored myself over and over again so as not to be offensive or hurtful toward those who truly do not seem to be awake to anything that is going on. It’s rather ironic given that I refuse to use Facebook, Twitter, and Instagram because of what I deem to be their blatantly evil censorship policies that deny people access to the truth.

But when it comes right down to it, I have censored myself over and over again in my posts and in my podcasts. I’ve held back discussing important stories because I didn’t want to further alienate myself from people who read or listen here. I knew discussing the truth would be painful or even shocking to them. As I’ve said more than a few times to David and others, I don’t want to be the one to tell them the harsh truth. I don’t want to wound people. I don’t want people to hate me for wounding them with the truth.

Perhaps it was the restraining hand of God. I’m not sure. I haven’t worked that out yet. Maybe the reason I didn’t share was because God had not released me to discuss those things. Perhaps what I am feeling is a release from that. Perhaps people waking up to reality is closer at hand and He wants to me write and discuss these things now.

All I know is that I cannot and will not censor myself any longer. Not for anyone. Not to be nice. Not for the sake of people’s feelings.

I realized that continuing to censor myself adds further hurt to those who need support the most. Those are the people who will read the Geddes article and find themselves in virtually every word. The people who feel horribly alone after being harassed, disowned, and betrayed by people they loved, worked with, and counted on. The people who don’t feel free to discuss it for many of the reasons I’ve listed and probably some I haven’t thought of.

We are suffering. Our children are suffering. I know this because I talk to enough other people in similar situations to know this is the reality. We suffer with being awake and being ostracized. We suffer from the loss of what we once held dear and realizing that we were not held dear in the same way.

If this is you, you are not alone. I want you to know that. I don’t know what comes next. The awakening of those living in the false reality is going to be painful to watch. I don’t even fully know what to expect when it happens. I think of people I count as dear who are in the unawake group and I have to stop thinking about it because it is too painful to contemplate what they will face.

But as David so often says – reality always wins. Reality and the truth will prevail in both exhilarating and painful ways. In the meantime, I will continue to point us all to goodness, beauty, truth, and hope. We are all going to need them in increasing measures in the days ahead. Recommended Videos: What Is Coming, How We Stop It, and How To Prepare Recommended Video: How Are Brexit and President Trump Related? An Interview With Melanie Phillips 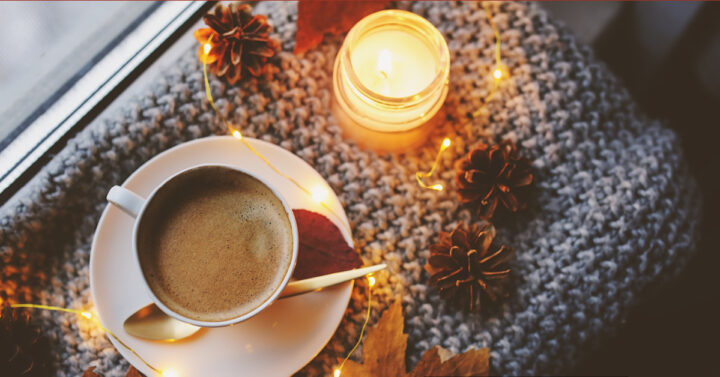 Recommended Video – The Authoritative Source, False Reality, and The Party of False Decorum
Next Post:Simple Living This Week No. 93