When People Call Your Child Your Idol

You are here: Home / Gifted & 2e / Gifted/2e Parenting / When People Call Your Child Your Idol

To say that the first six months of Caroline’s life were completely overwhelming for us would not be an overstatement. There were many reasons for it, but chief among them were the incredible sleep deprivation (she woke up to feed two or three times during the night no matter what we did) and her strong, demanding personality. (See some of the Dr. Sears stories on my high-need baby page if you need more info on this.)

We were completely exhausted, running on fumes.

Looking back now I think I was probably depressed.

We felt very alone for a variety of reasons.

In the midst of all this, something came up at church (where we were fairly new). It had to do with the fact that we didn’t put Caroline in the nursery during the first several months. She was bottle fed and she was born at the end of September. Our pediatrician advised us to keep her out of the nursery during the cold and flu season since she was so young and was on formula. And so we did.

We kept her in the service with us because it was best for her (but, honestly, not us). She almost never slept during the service and wanted to be held which meant we got little to nothing out of the service. But we were convinced it was the right thing to do for her well-being and we’d make the same choice again.

Anyway, a respected older woman in the church took it upon herself to inform me that people were offended that we weren’t putting Caroline in the nursery and that we were making an idol of her.

I’m not sure why I’m telling this story tonight. I’m sure I’ve told it before on my blog. I just feel compelled to share this so apparently someone out there needs to read it.

You know, when you have a differently-wired child you just have to make choices that other people aren’t going to understand. Someone might not come right out and call your child your idol, but there are plenty of ways they will communicate something similar.

I would think I would have gotten used to it by now, but I haven’t. Something similar happened recently when I was trying to explain some of the choices we’ve made for Caroline. It’s hard to explain the simple yet complex life we live in a few sentences. And then the deafening quiet from the other person with no words of support… I don’t know. It still cuts, but what can you do?

You really can’t explain it to them.

You pray, you make the best choice, and you leave the results to the Lord.

God gave me this particular child to raise, the answer to years and years of prayer. No one knows her as well as I do whether she eight weeks, eight months, or eight years.

She’s not my idol, but she is my responsibility.

I’m thankful I can tell the difference even if others from the outside looking in can’t. 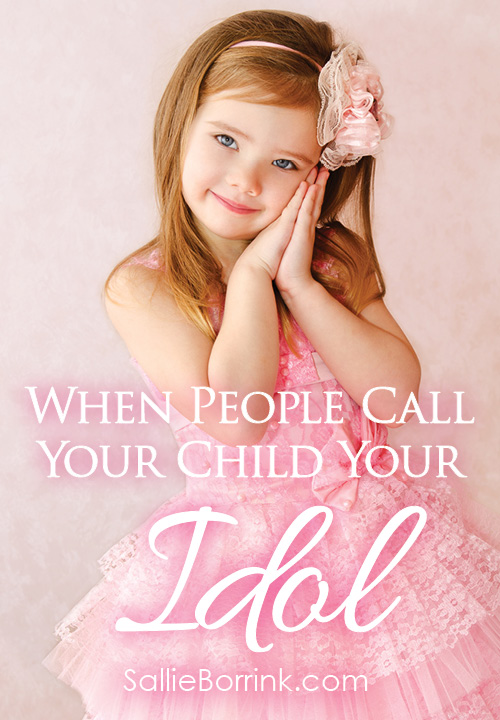 Simple Living In Your Mailbox