Introverts, Shyness, And Children In The Classroom

The Atlantic ran a piece that generated a flurry of passionate comments. Introverted Kids Need to Learn to Speak Up in School caused lots of strong reactions to the idea that introverts should be graded on classroom participation. As an introvert, I thought the author failed to really distinguish between being an introvert and being shy.

I am strongly introverted. I am not really shy. I have no problem making my opinion known in a classroom setting – when I am ready to say something and have something worth saying. But I need time to process my thoughts before I speak. That doesn’t make me a poor student. On the contrary, I was an excellent student. But put me on the spot with brand new content and I may not shine. I need time to process and think.

As a teacher, I realized that some students simply aren’t going to speak up very often. It doesn’t make them less bright or less attentive. They simply aren’t inclined to speak up unless they ready to say something they really want to say or they are called on.

I loved some of the comments regarding extroverts regarding whether they were being graded on their listening and thoughtfulness skills. I’ve been in plenty of classrooms, Bible studies, and meetings where the extroverts participated plenty but brought little to nothing of value to the table. I’ve also been around introverts who might make one comment in an entire evening, but the comment was thoughtful and well worth listening to.

What are your thoughts on introverted kids in the classroom?

Were you one? Do you have a child who is one? Is it fair to grade children on classroom participation?

Was your child’s introversion a contributing factor to your decision to homeschool? 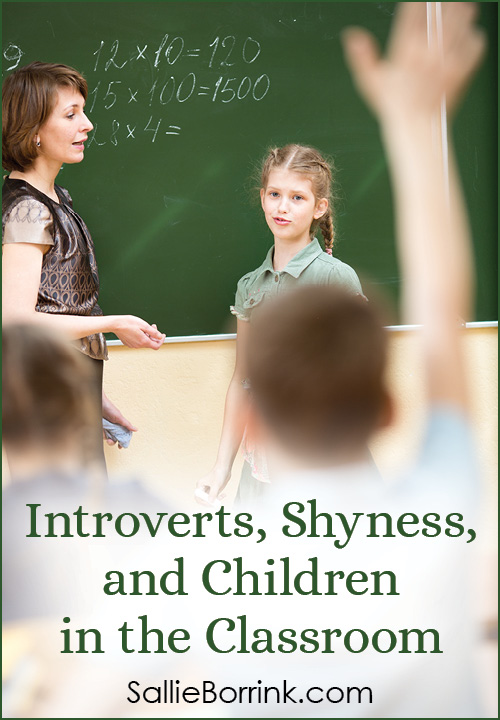 1,792,000 Reasons Why Your Child Needs To Read Every Day
Next Post: Why Teachers Quit Teaching Mid-Year