Why Won’t My Child Play With Busy Bags?

You are here: Home / Gifted & 2e / Gifted/2e Homeschooling / Why Won’t My Child Play With Busy Bags?

I know some of you will think I am exaggerating, but when Caroline was just over two weeks old I told David she looked bored. And she did. I went out that day and bought a Fisher-Price Rainforest Melodies and Lights Deluxe Gym

From the time she was tiny, she always wanted to be held and carried around. Not swaddled. She hated that. Not held on our lap. Not put in a seat where she could look around. Carried around upright. She wanted to be on the move and see everything.

We rocked her to sleep every night for a long, long, long time. Her spirited mind was too busy to allow her to self-soothe and she needed the assistance to fall sleep.

When she was around two, we would put her down for a nap with books to look at. After a while, we would go in her room and find her asleep sitting up. She would not lay down. She would go until her battery literally ran out.

From the earliest weeks Caroline craved variety and wasn’t much interested in stopping. I didn’t fully understand it at the time although it became obvious that she was not wired like other babies I read about.

I have to laugh when I see all of these busy bag ideas on Pinterest. Don’t get me wrong. They are super cute. Like a good mom I created a few things like that for Caroline and it was a total waste of my time. I would spend an hour creating something and she would be done with it in literally thirty seconds with almost zero interest in picking it up again. After all the hours and hours one would invest in making lots of busy bags, do you know how much total time we would have gotten out of them? I would guess about three minutes tops.

Caroline would have done it once and maybe done it a second time.

Been there, done that, and time to move on (with corresponding look of boredom or almost disdain that her mother would even suggest doing something again).

And I’m pretty sure I know why.

It is never-ending variety. It’s always changing. There’s always something new to do or make or discover.

It feeds her craving.

If you have a little one who craves variety and leaves you feeling like you can never come up with enough new things for her to do without breaking the bank and/or driving yourself nuts in the process… I hear you.

I totally get it. 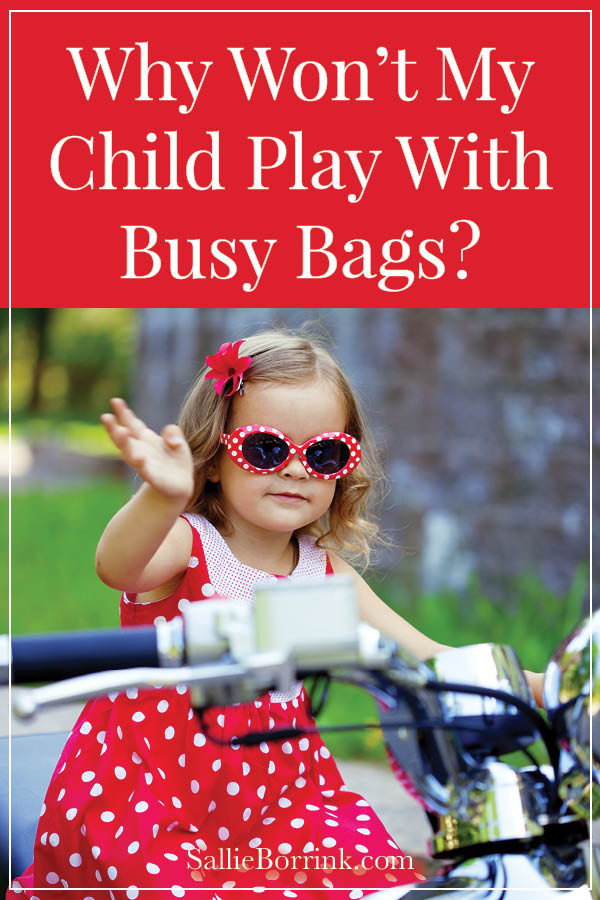 Encouragement For Parents Of Differently-Wired Children
Next Post: 103 Ways To Learn From Experienced Homeschoolers