The Importance Of Play For Small Children

Perhaps one of the hardest decisions I’ve made as a home educating mother was the decision to let Caroline play. Sounds silly? I can imagine it does, especially because I believe in the importance of free play for small children.

But it is hard to swim against the cultural tide that is currently obsessed with academics and performance. Even though I believe in the importance of play for small children, I second and third and fourth guessed myself as I really backed off from most things academic and just let Caroline play.

I started off our preschool home education year with the decision to use, among several things, an inexpensive preschool curriculum from a popular homeschooling blog. I wanted some structure so I could feel good about what I was doing. It took a very short amount of time to realize that most of it was repetitive busy work. Caroline was thoroughly bored doing similar activities again and again. She can’t stand busy bags. I abhor busy work myself so why would I subject my child to this?

And so I let Caroline play through preschool and much of kindergarten. Much of it was open-ended play, but some of it also utilized the computer and DVDs. Some experts might not consider that “play” in the truest sense of the word, but for me to make the decision to let Caroline “play” her way in her academics was a significant step for me. We did some academic things, but very little. We were very unschooling-ish in many ways.

As a result, half the time I don’t even realize how much Caroline knows. Sometimes when she’s reading to me, I’m really astounded at the words she already knows. She has a phenomenal reading vocabulary by sight. She knows so many words from being in a print rich environment that I find it amazing how much she’s just absorbed naturally.

building, and the like so she’s learned to think three dimensionally in a way that is way beyond her age. Recently at her homeschool co-op, the class was making a three-dimensional Washington Monument. Caroline breezed through hers and ended up helping a few of the other kids in the class, most of whom are a year or two older than Caroline.

Play Is Critical To A Child’s Development

I found the article Can We Play? by David Elkind encouraging because it confirmed for me (again!) what I already knew. Play is critical to a child’s development. It isn’t an extra to add on. It is a central part of what they need.

In recent years, and most especially since the 2002 passage of the No Child Left Behind Act, we’ve seen educators, policy makers, and many parents embrace the idea that early academics leads to greater success in life. Yet several studies by Kathy Hirsch-Pasek and colleagues have compared the performance of children attending academic preschools with those attending play-oriented preschools. The results showed no advantage in reading and math achievement for children attending the academic preschools. But there was evidence that those children had higher levels of test anxiety, were less creative, and had more negative attitudes toward school than did the children attending the play preschools.

To be frank, the lack of playtime was one of the biggest factors that kept me on the home education path. I could never, ever imagine Caroline in a structured school setting and being happy. I’ve been a teacher. I know what school is like. And while she would have eventually found a way to cope, I don’t think she would have thrived the way she has at home.

This was also the reason I ditched the preschool homeschool curriculum. There isn’t any need for it except to make the mother/parent feel secure.

If the child is surrounded by talkative people, lots of books, craft materials, a yard/park, and interesting items to play with then they really need nothing else. I wonder about even the homeschooled children who are kept occupied with what is basically busywork. I know that sometimes they are kept busy so mom can work with the other children, but it still concerns me that even home educated children are getting way too much sit-in-a-chair work and not nearly enough play.

For too long, we have treated play as a luxury that kids, as well as adults, could do without.

Many middle-class parents have bought into the idea that education is a race, and that the earlier you start your child in academics, the better. Preschool tutoring in math and programs such as the Kumon System, which emphasizes daily drills in math and reading, are becoming increasingly popular. And all too many kindergartens, once dedicated to learning through play, have become full-day academic institutions that require testing and homework. In such a world, play has come to be seen as a waste of precious time. A 1999 survey found that nearly a third of kindergarten classes did not have a recess period.

As adults have increasingly thwarted self-initiated play and games, we have lost important markers of the stages in a child’s development. In the absence of such markers, it is difficult to determine what is appropriate and not appropriate for children. We run the risk of pushing them into certain activities before they are ready, or stunting the development of important intellectual, social, or emotional skills.

For example, it is only after the age of six or seven that children will spontaneously participate in games with rules, because it is only at that age that they are fully able to understand and follow rules.

Our state went to full day kindergarten this year and I sincerely mourned for the children. I mean that. My heart literally felt grieved to think of four, five, and six year olds in school all day.

Full day kindergarten is not about what is best for children developmentally. Those children get on the bus at eight in the morning and don’t get home until three thirty or four in the afternoon. How can they not burn out in the years to come?

Burning Out the Children

I keep an active eye on the college world through a number of different venues. It is striking to me to see what the past ten years has produced since NCLB. Burned out, stressed out, overly driven young adults. They are the first group to have grown up in the turned up pressure cooker we call school.

Our local school district recently sent out a postcard about an event they were hosting for parents to deal with issues facing students in the high school. The list was truly depressing. Off the top of my head it was something like depression, suicide, bullying, drug abuse, alcohol abuse, cutting, etc.

I said to David, “Do you realize how bad these problems must be in this district for them to have an entire large-scale event focusing on these issues?” It was sobering.

What will happen to these children in the decades ahead if they are already depressed, burned out, and disillusioned by the time they are eighteen?

What is going to happen to the children like my Caroline coming up behind them?

Unfortunately the only answer we get is more teaching to the test.

Play would never even be considered. It’s cut recess, cut music, cut PE, and cut art so there is more time for teaching to the test.

Now I need to go play. 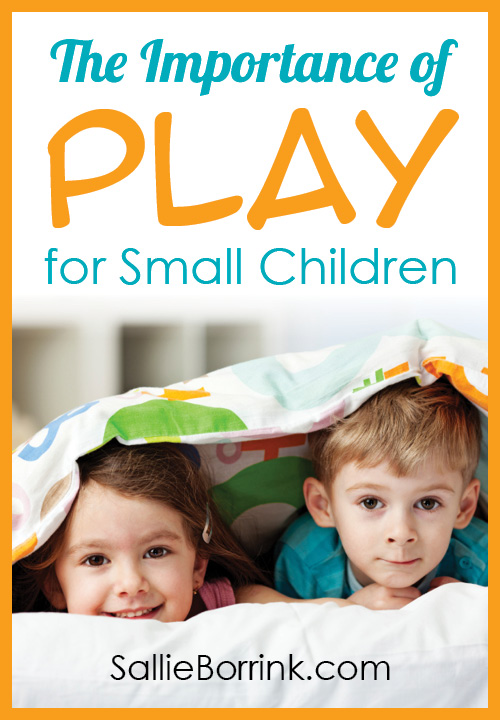 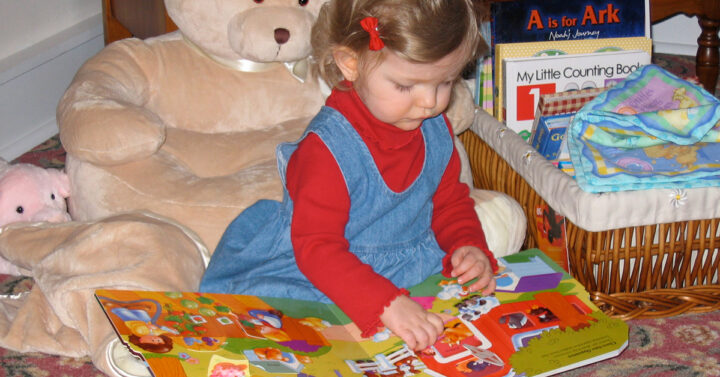 How To Raise A Reader 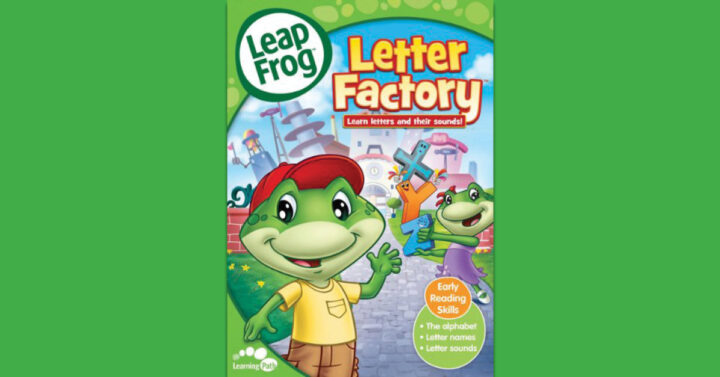 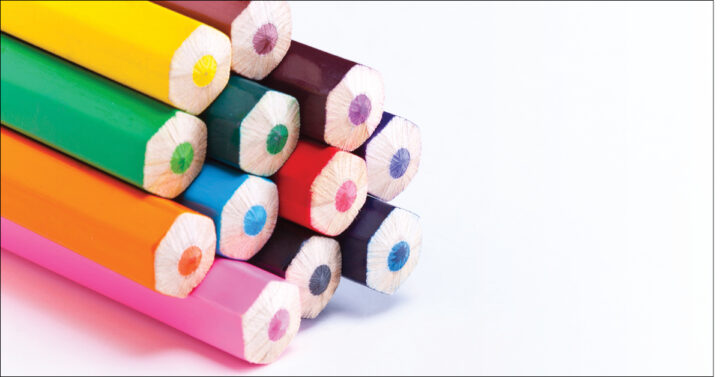 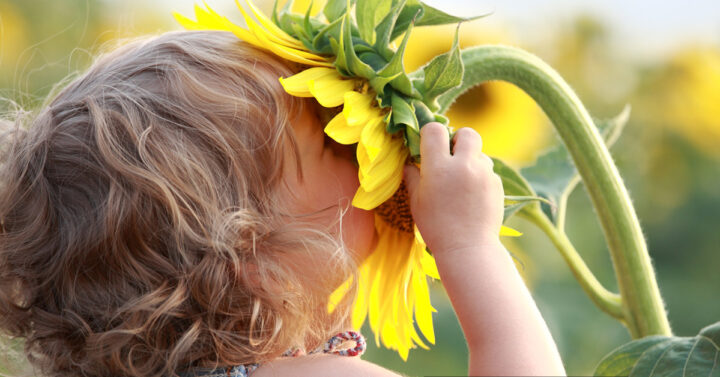 Using “Wild Kratts” For Homeschooling
Next Post:7 Things I Tell My Child Every Day