You are here: Home / Our Family Life / The Importance of Creation For Our Mental Health

Shortly after we moved to the Cute Little Town, I saw this article online: A rural life is better: Living in a concrete jungle is stressful and makes you more prone to depression.

Scientists have confirmed what every urbanite has long suspected – life in the city is more stressful.

Researchers have shown that the parts of the brain dealing with stress and emotion are affected by living among the crowds.

Importance of Creation Around Us

Our new house has so much more green space, trees and sky than our old house. Behind our house is another cul-de-sac, but the houses behind us are separated from us by a stretch of woods. We can see parts of the houses through the leaves, but when we look out any of our back windows all we basically see are trees and brush.

When I sit at the table for meals, work in the kitchen, work at my desk, or hang out anywhere on the first floor, I look out and see trees.

If I step out the front door, I see a huge sky.

After we had lived here about four weeks I noticed that my stress level had dropped significantly. I don’t think it was just the fact that we were getting more settled in. Even when we had a couple of stressful events pop up over the past few weeks, my stress did not rise to the same level. It had reset to a much lower level.

It is so beautiful.

The Need for Green Spaces

I completely believe that living in the city is stressful for many (or even most) people. I know there are people who say they love it, but I suspect most people would be happier in greener spaces if they had the opportunity.

I would guess that most people who love living in huge cities such as NYC and LA are addicted to the pace of life as opposed to really being healthily engaged in such an area. They probably don’t even realize how much it impacts them to live there unless they have the opportunity to make a complete break.

to read next. Just glancing at Ten Ways

has already told me I’m going to love both the content and the writing style.

Thankfully Caroline generally likes to be outside and likes to go exploring in new areas. It makes it easier for us as her parents. David and I are both curious about the world around us and I believe that is rubbing off on Caroline. As I work on planning for next year, I’m including nature study as a part of her education and have already been thinking about how to set up our learning area to promote nature study as an important part of what we do. 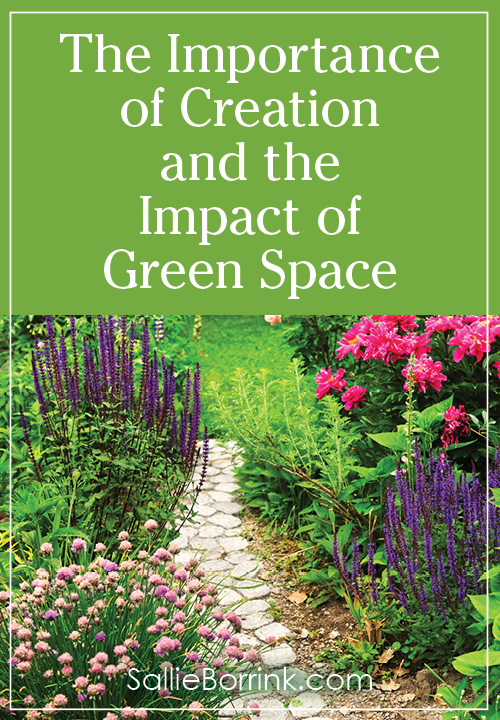 Growing Vegetables and Herbs with Your Kids
Next Post: Learning Geography with Gardening