Behold the Power of Television on Language Development

You are here: Home / Homeschooling / Behold the Power of Television on Language Development

I got your attention with that title, didn’t I? Truth be told, Caroline doesn’t watch any network TV. She does watch DVDs. She enjoys Baby Einstein DVDs

and the BBC’s Pride and Prejudice

David copies all our home videos onto DVD so we can easily watch them without having to run it through the camcorder. Caroline is ENTHRALLED with watching us on TV. She calls them “Baby Caroline”. We call them CTV.

Yesterday, we brought up a tote of toys for rotation. Caroline had pulled everything out of the tote and the living room floor looked, um, pretty trashed. She looked up at me and said, “There’s stuff strewn all over in here.” 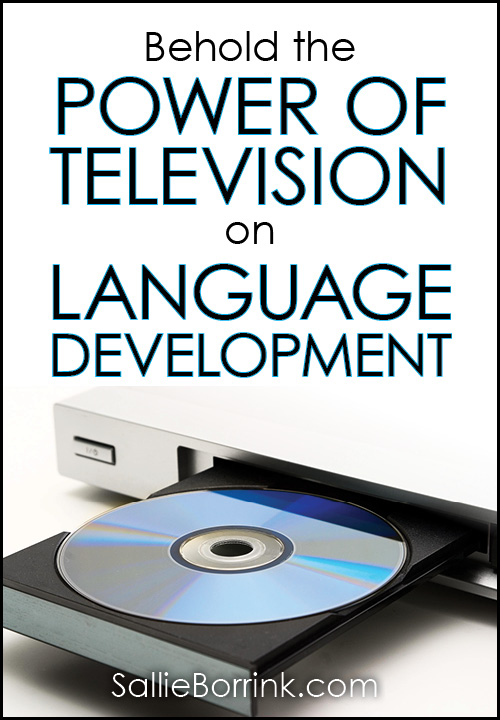 And where did she pick that up? From David on one of the videos.

He’s talking about a toy mess when she was under a year and described it just that way. She’s seen that scene more than a few times and obviously picked it up.

I do think Caroline is quite far ahead of the curve in terms of language development for only being twenty-eight months old. I attributed it to the fact that she spends all day with two gabby adults and we read a lot to her.

David mentioned last night after the strewn comment that she probably is also learning a lot by watching those family DVDs.

And, I have to admit that I was glad to see something positive coming out of it beyond just being entertained and engaged for a bit each day.