Around Our House On A Snowy February Saturday

You are here: Home / Our Family Life / Around Our House On A Snowy February Saturday

Twelve years ago I watched the Torino Winter Olympics while flat on my back on the couch. I was so sick I could barely eat and was lucky to get off said couch once a day for about 45 minutes to take a shower in the early afternoon. Twelve years later, the cause of all that sickness was sitting there with me last evening, watching the opening of the PyeongChang Winter Olympics and chatting about geography and national outfits. I could never have imagined the young lady sitting there twelve years later, but I can say this. It was worth all of the long hours, days, weeks, and months of illness I went through to get her into this world.

We also acquainted her with the sad reality of North Korea and what life is like under perhaps the most brutal regime in the world. We haven’t talked a great deal about topics like this and it was understandably distressing. I don’t like having to introduce my child to all the depravity and sin of the world. Come, Lord Jesus.

The picture above of the three snowmen with shovels is a set I bought a few years before we had Caroline when I saw it at our local bookstore. I thought it was so cute I had to buy it. I had no idea when I bought it that it was David, Sallie, and Caroline! The snowman set below is one my mom gave me many years ago. There are different letters on each side so there are many words to be made. A number of years ago Caroline was changing it daily to real and made-up words. Real learning and phonics in action! 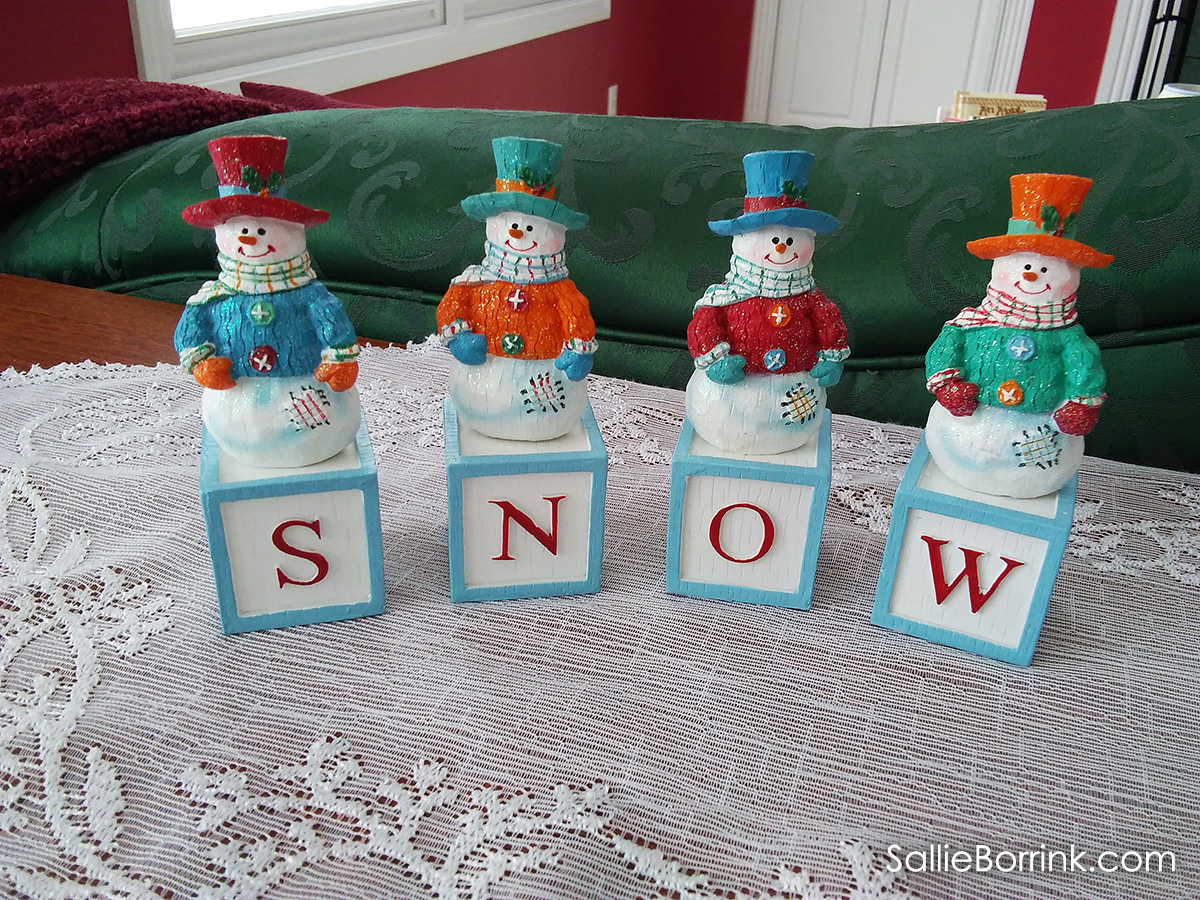 Yesterday we purchased two six foot folding tables for the unfinished basement. Since we no longer have our learning room, we needed a place where we could spread out our art and creative projects, especially things like painting. The dining room isn’t an option as I can’t deal with long-term mess in a main living area. Before we did the cozy home remodel, I would let Caroline set up her easel and paint in the dining room. With new floors I find myself reluctant to let her do that. So we invested in the tables and are setting up our work area.

I would also like to have space to spread out my projects when I want to work on them so we’ll see how it goes. I have a feeling we need one more table that is just for me and my things since Caroline likes lots of space when she works. LOL!

I’ve spent quite a bit of time the past month working on my Pinterest boards. I tried using a scheduler (Tailwind) for a bit and I frankly hated it. Too slow, too much work, and just not enjoyable to work with even though other bloggers swear by it and the tribes feature. I really like using Pinterest in real time and in a real way instead of using a scheduler. One of the biggest problems I have to clean up after using Tailwind is my boards are full of multiple versions of the same pin with no repins. For a blogger/business owner, that is really bad. With the Smart Feed, the strength of your Pinterest account depends on how often your pins get repinned, the strength of your individual boards, the strength of the group boards you pin to, etc. So I’ve been going through every board I have and massively deleting pins that needed to go. I also changed some boards, added some boards, left some group boards, etc. I still have some to do, but I can see the end in sight. Pinterest drives a lot of people to my site and also brings a lot of buyers to my printables shop so it is something I need to take care of.

One thing I am really liking is my new email service with MailerLite. I had MadMimi for a long time, but needed something that had more options. Now truthfully, I haven’t taken advantage of all those new options yet, but I think it is a great service for the price. I’ve tried out a few of the pricier ones (such as CovertKit and Active Campaign) and did not feel that what they offered justified the significantly higher price tag.

I’m continuing to work on my Getting Rid of 1000 Things. Our area has a very active local selling group on Facebook and I’ve been taking advantage of that. I have sooo many things I can get sell on there starting with Caroline’s clothes she’s outgrown. My goal is to pay for all of Christmas 2018 with the money I make off this endeavor over the course of the year.

Last weekend I spent most of my time further organizing our books and was going to include that in this post, but decided to do a separate post. I have the pictures all taken. I just need to write it up! So that is coming soon!

What’s going on in your world today? 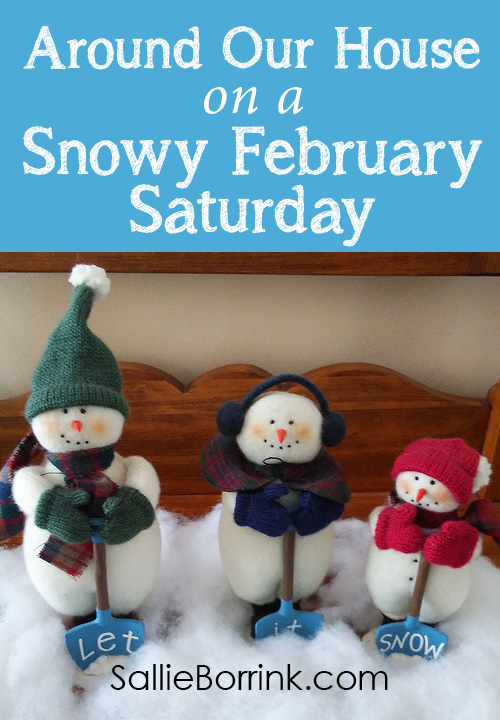