You are here: Home / Restoring America / The Fourth Turning & The First Turning / The Media’s Misleading Details

January 12, 2022 by Sallie Borrink
Be The First To Comment

Among the collapsing American institutions during this Fourth Turning, perhaps none are so obvious as the media. Trust for the legacy media is practically non-existent among a significant portion of Americans. We’ve learned much in recent years about how the media will purposefully mislead readers without resorting to blatantly lying. (Although they have no problem doing that as well.)

Let’s look at a couple of examples in this story – Trump app held up by SEC investigation into merger.

(And I’m only going to hit a couple. There are more you and I could pick out.)

According to The Wall Street Journal, Trump has actually benefited in some ways from being deplatformed. He might not be able to address large audiences as easily, but to many Trump supporters still outraged by the bans, the former president’s absence speaks as loudly as his presence ever did. However, even as they fume against Big Tech, some of Trump’s fans are simultaneously glad he’s off social media. In a 2017 CNN poll, a majority of Republicans were critical of the then-president’s Twitter use.

When was that poll taken? In August 2017. The Week is telling us what Republicans thought of President Trump’s Twitter usage in the summer of 2017 is somehow relevant to the social media platform he plans to launch in about a month. They also want the reader to believe that despite all that has transpired in the past four years, President Trump’s supporters are probably glad he’s off social media.

The best they can do is pull up an ancient poll to make a laughable point.

How about this paragraph?

Major social networks suspended or banned Trump in the aftermath of the Jan. 6 Capitol riot, accusing the former president of peddling misinformation and inciting violence. Since then, Trump has communicated via emailed statements rather than create accounts on alternative right-wing platforms like Parler and Gettr.

Parler is a shadow of what it was prior to being deplatformed by every big tech service they were using. It’s a ghost town now. Gettr is a bit more active, but not really anything special. It, too, is dependent on big tech services. Why it didn’t learn from what happened to Parler, I don’t know.

Notice that Gab isn’t on that list. Why not? Maybe because Gab is the actual threat to Big Tech. Gab is completely independent of big tech services and has survived – and even thrived – despite every form of cancellation. By not even mentioning them, The Week attempts to give Gab no credit and avoids sending anyone there to check out what is going on.

If you want to know what someone fears, look at what they attempt to hide from you.

Every time you read something put out by the collapsing media institutions, ask yourself how many ways they are misleading you.

Don’t let them get away with it.

Photo by John Cameron on Unsplash 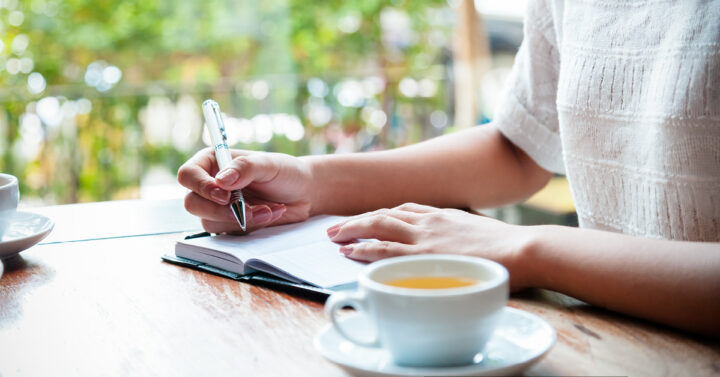 4 Ways to Simplify Your Life for the Coming Decade Preparing For Maximum Community In The First Turning

Books For Rethinking Children, Learning, and Education
Next Post: Why We Changed Our Mind About Celebrating Halloween – Twice (Updated January 2022)