My Continuing Thoughts On The 2008 Election

You are here: Home / Current Events / My Continuing Thoughts On The 2008 Election

Feel free to leave a comment, even if you disagree with me. However, if you surfed your way here by searching out election-related blog entries, just know my longstanding policy is to delete anything that is not kind. Disagree nicely and you’ll see it here. Disagree rudely and you’ll be deleted.

So I mentioned before that I was probably going to vote for McCain/Palin. If you haven’t read those previous posts, you probably should before reading today’s post. It will give you a little context.

I didn’t plan on writing again about the election, but I decided if I wrote about some of these points it would probably make me feel better. Because, in all honesty, I cannot understand why anyone who considers themselves even remotely conservative or even remotely moderate would vote for Obama. I know there are people who read here who plan on voting for him and I’m not trying to be insulting. But there are well established facts about him that just are such a matter of concern that I don’t understand how people can look past them.

Before I pick apart Obama, let me just say that I’m not totally thrilled with voting for McCain. I’m not in agreement with him on some major issues such as immigration. So don’t expect me to defend McCain point by point. And I’m not worried about the whole “what if McCain dies and Palin becomes president?” First, it may never happen. And, second, there is a lot more to Palin than the mainstream media would want you to believe.

I also want to say that I’m writing this from the assumption that it is ok for Sarah Palin to be running (from a Christian standpoint). I’m not going to discuss that either because both sides have discussed it ad naseum elsewhere.

So what is it about Obama that I find so objectionable?

His church and pastor. For twenty years Obama has attended a church where the pastor speaks forth hatred for America. And not just once. Obama only left that church when he knew that it was political suicide to stay. He didn’t leave because he was offended by what was spoken from the pulpit. He left because he had no political choice. He stayed for TWENTY YEARS and sat under the teachings of a “pastor” whose comments about America are so bad that they have to be bleeped when played on the radio. If you want proof, go through these clips on YouTube.

His view on babies. He supports infanticide. If a baby is miraculously born alive after a botched abortion, he believes the baby should be left to die. Don’t believe me? Go through these clips on YouTube.

His arrogance. Was I the only one who caught this the other night? When answering one of the questions, he said, “During my first term in office…” Well, what does that mean? He fully expects to serve two terms and he hasn’t even been elected yet. He is arrogant and so this news article from yesterday (from a CBS reporter, no less) didn’t surprise me in the least. He is not running to serve this country. He is running to serve himself. We’re just the accessories he needs.

His record. He is the most liberal senator in the senate. He votes “present” rather than taking a stand. He has accomplished almost nothing. Even his time as a community organizer was with ACORN, an organization with a reputation for being dishonest. Don’t believe me? Read here and here for just two of the most recent stories.

The company he keeps. I’ve already mentioned his pastor and his time as a community organizer. Now it is finally coming out in the mainstream press about his associations with domestic terrorists and other far, far left-wing (socialist) movers and shakers. The current spin from his campaign is that he didn’t know that about these people. Ok, so let’s take him at his word and assume somehow he didn’t know. How clueless would he have to be to not know these things? Wouldn’t that level of cluelessness bring a great amount of concern as to his ability to be president? So either he is lying (which I completely believe) or he is totally unaware of who he is friends with. For the smartest man alive with a degree from Harvard, could he really be that dumb?

Well, that’s enough. I need to get on to other things today. One last thought. Who is John McCain? I think most people have a pretty good idea of who he is. He’s been around a long time. You may not agree with him on everything, but he is a known entity. Who is Barak Obama? I think most people don’t really know who he is. But the bits we can see from his life should be enough to scare people spitless if they would actually think about the implications of those beliefs and associations.

Obama? Love of self 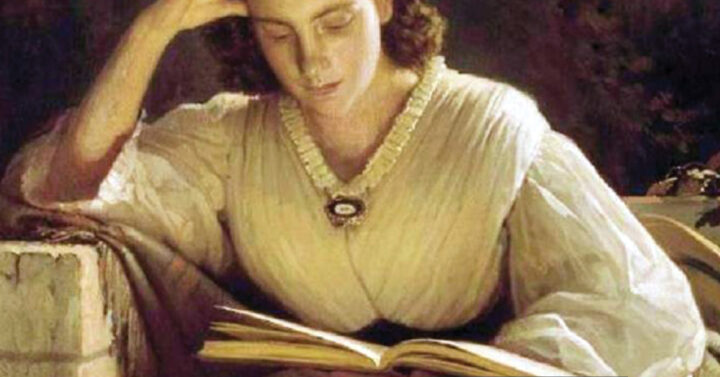 Writing and Creating in an Entitled, Outrage Culture

Contentment in Fully Embracing Our Choices
Next Post: Caroline Is Two!