Help Others By Sharing
Forums
A Quiet Simple Life
Everything Q
My Thoughts on the ...
Notifications
Clear all

These are written comments I made in my Locals group about Q on January 13. Keep in mind these are prior to Inauguration Day. I'm going to put them in chunks in different post comments. This will provide context for additional information I've share since then. Some of it might not make as much sense if you didn't have the benefit of being in the group where additional information was shared and discussed by the group.

The Q thing is the only thing that makes sense

I've gone around and around this for the past six weeks or so. We have many new members so I want to say up front I'm not a Q anon and never even looked at the Q stuff seriously until recently.

However, I've come to the conclusion that it's the only thing that makes sense. So today I'm going to explain why in a lengthy series of comments. Feel free to poke holes in my observations. I'm not afraid of being wrong or shown another perspective. Believe me. I've looked. I can't find anyone who presents any theory that makes sense of what is going on when you look at all the pieces except the Q theory.

The objections to Q are usually these.

2. A lot of the things have never happened.

So let's look at these.

If it is a psyops, who is running it and to what end? This objection carried far more weight early on because it was such a weird phenomena. It would have been very easy to dismiss it. But for reasons I'll explain as I go, this one doesn't hold any longer. A blogger I follow (a wise man) dismissed Q as a psyops. When I very politely asked him who was running the psyops and to what end if it wasn't Trump and team, he had no answer. Well, there has to be a reason behind it if you think it's a psyops.

The argument that a lot of these things have never happened also carries less weight as time goes on. It is easier to see the puzzle pieces fitting together now. Again, I would have been much more apt to believe this objection some time ago. Now, not so much.

The one thing I find particularly unsettling about the entire Q thing is the precision of it. It is creepily remarkable that they could have outlined some of these circumstances so far in advance.

So that is the one thing that makes me feel unsettled about the entire thing. There are a lot of references to being in a movie, enjoy the movie, etc. in the Q world. It does feel like that. I find the idea that we are massively being manipulated both psychologically and even physically in some cases it appears to be troublesome.

Just wanted to say that.

The reason I think the Q thing is from Trump and team comes down to three main people - Trump, Dan Scavino (White House Deputy Chief of Staff for Communications and Director of Social Media), and Mike Pompeo. Their Twitter accounts, in particular, had far too much information directly tied to Q and 17 to be a coincidence. The instances have steadily increased in the past two to three weeks.

(If you are new here, you will find MANY of these examples in this group if you look back through the archives.)

We know that President Trump is aware of Q. He has used Q phrases in rallies and such too many times to be a coincidence. He can see the Q flags and shirts at his rallies. He's a smart man. If he legitimately didn't know what Q was, he would ask after seeing it many times.

If he wasn't a part of it, wouldn't he disown it so people would know it isn't true?

Which means we have to ask if we believe Trump is truly a white hat or a black hat. So let's explore the idea that Trump is actually a black hat who has fooled everyone. That he is part of a movement to do something nefarious. (Because we want to look at all the possible options.)

To believe Trump is actually black hat and doing something nefarious, you also have to believe that all of his family is in on it. He and his family have gone through hell the past five years. That's an awful lot of stress and loss to deal with to get to some other end. What would that end be? What would they all gain as a family they didn't have before? What tangible and lasting goals would they achieve by doing this?

I don't buy the black hat theory, but wanted to put it out there.

Is it possible Trump is being blackmailed? I've considered that angle as well.

The Swamp and Deep State hate him so much that if they had the goods on him enough to blackmail him, they would have simply shared that info and gotten rid of him.

UNLESS they are blackmailing him into something far more significant than we can imagine. Like a good cop/bad cop situation where The Swamp and Trump are playing off each other in an effort to completely destroy and divide the country.

I have to jump through a lot of mental hoops to believe this theory. I'll put it out there, but it doesn't convince me.

Let's look at President Trump's behavior since the election.

He has not conceded. If he were going to concede, HE WOULD BE VERY CLEAR. There would be no doubt. He would congratulate them. When he does talk about these things, it tends to be worded weirdly or cryptically. Trump never has any problem saying exactly what he wants to say. He has not conceded no matter how many times he has talked about a "transition" to the next administration. He has NEVER mentioned a transfer of power. Ever.

He has said Joe Biden will never be president.

Instead, he has said many things that seem to be cryptically and deliberately meant for the Q following crowd.

Let's talk about what I'm going to call the Worn Out and Giving Up Theory. This is the idea that President Trump is tired of fighting, he's tired of people stabbing him in the back, etc. and is simply going to leave office and be done with it.

Here are the problems I have with this theory.

One, he's not a quitter. It is not in his DNA to quit and let people beat him. My guess is the worse people abuse him, the more determined it makes him.

Two, it's not in his DNA to let people abuse him and his family and let them get away with it. If you've watched some of the videos I've shared from earlier in his life, he's always been the type to trust people and then feel betrayal deeply. He has said he gets revenge. Whether you think that is a proper way to say it, Trump has the personality to make people pay the legitimate and legal price for whatever they have done. He won't seek personal revenge. He'll simply make sure the law is carried out.

Three, if he leaves office with these people in power he and his family for generations will never have any peace or wealth. He's not going to do that to the people he loves.

So, yes, President Trump appeared subdued and tired yesterday in Texas. I think it was an act for other purposes.

So, no, I don't buy the Worn Out and Giving Up Theory.

So let's explore what I'll call the Winging It Theory. He's been winging it his entire presidency. He's gone by instinct. He's undisciplined. All the lies the MSM has pumped out about him.

Exhibit one is the 2018 Executive Order. This man is meticulous. That EO alone proves he had a plan.

I give no credence to the Winging It Theory. 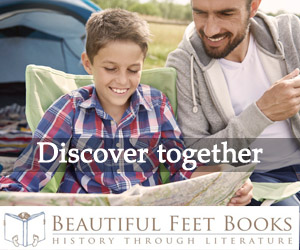