Pop Culture Literacy in Your Homeschool – A Series

You are here: Home / Theme Based Learning & Unit Study Topics / Pop Culture Literacy in Your Homeschool – A Series

We are not big consumers of pop culture. I can’t tell you the last time I followed a television show on a major network unless you include Downton Abbey and Victoria on PBS. I don’t listen to any current popular musicians. That said, David and I want Caroline to have at least a basic level of pop culture literacy so she will not be in the dark when people make allusions to pop culture, especially pop culture from the past.

So over the past couple of years, we’ve had what I originally called “Cultural Awareness Moments” (for lack of any real term I’ve heard before) that I now would more accurately describe as “Pop Culture Literacy Moments.” This is when I spontaneously share something with Caroline that I think she should understand so she is literate in the bigger conversation both now and throughout life. Usually it’s something that David and I will reference in a conversation and I realize Caroline probably doesn’t know what we are talking about. So I’ll look it up (usually on YouTube) and share it with her. It might be something that comes up on the radio. It might be something I see while I’m online and realize Caroline needs to be acquainted with it. It’s both random and deliberate. (If you aren’t familiar with the concept of cultural literacy and E.D. Hirsch, that is also worth checking out.)

At first I don’t think Caroline totally understood why we would share these random video clips, music videos, photographs, etc. with her. Then one day she realized that the My Little Pony books she enjoys so much were making allusions to the very things we had shown her.

For example, we had shown her the music video “Take On Me” by a-ha from 1985 so she was familiar with the way the video goes in and out of reality and a type of comic or graphic novel illustration.

Well, lo and behold, a few months later one of her My Little Pony graphic novels incorporated this exact thing into the story so she recognized it immediately and excitedly pointed it out.

At that point, I think she realized what we were trying to do because now when I show her things she pays attention with a bit more purpose in her eye and attitude. Now she will bring things in books and other media to us and ask us if they are referring to something when she sees it. Or when she hears certain popular bump music on the radio, she’ll identify it by its opening segment such as “Walk Like an Egyptian” by The Bangles.

So then the question becomes… What do you include? What does a child need to “know” in order to participate in conversation with pop culture references? What should we show her so when she hears random things on the radio (such as bump music) she can identify it? Obviously we can’t show her everything. Some things aren’t worth showing her or would even be inappropriate. But there is enough out there that comes up regularly to do so.

David and I brainstormed a bunch of ideas one evening and came up with a long list that spans the twentieth century. I’m sharing the list with you in the form of a series of posts written by the decade so you can do your own pop culture literacy with your kids.

So, for example, I’ve included “Hotel California” by The Eagles in the 1970s because people to this day will make comments like, “What is this? The Hotel California?” If you don’t know the song, you have no idea the real point the person is making. But I’ve not included things like Nadia Comaneci scoring the first perfect 10 in the Olympics in 1976 because people don’t make cultural references to it in everyday conversation and it doesn’t come up often enough to merit inclusion.

I’ve included clips of movies and television shows that I wouldn’t let Caroline watch in their entirety at this point. I’ve included people I consider horrible role models (such as Madonna), but it’s virtually impossible to refer to pop culture of the 1980s and not have at least a basic understanding of who she is and the impact she had. I’ve also included things that are probably deemed by some to be culturally “insensitive” or “inappropriate” in today’s SJW climate. If you don’t like a particular choice, just scroll past it. I’m not going to debate the inclusion anything here.

But if you think of something I’ve missed, feel free to suggest it in the comments! I don’t think in any way these posts are exhaustive. Some decades were easier to do than others and I’m sure I’ve missed some pop culture references that should have been included.

I’ll be posting one decade each day for the next week (along with regular posting). Just for fun, I’m going to mix up the order when I post them so check back each day to see what’s new. Click on the link below to see that post!

*****Please remember the inclusion of a link, show, movie, artist, etc. is NOT an endorsement. I included some things I am personally opposed to, but believe it is important to understand their relevancy. Some of the items included can make great launching points for discussion.***** 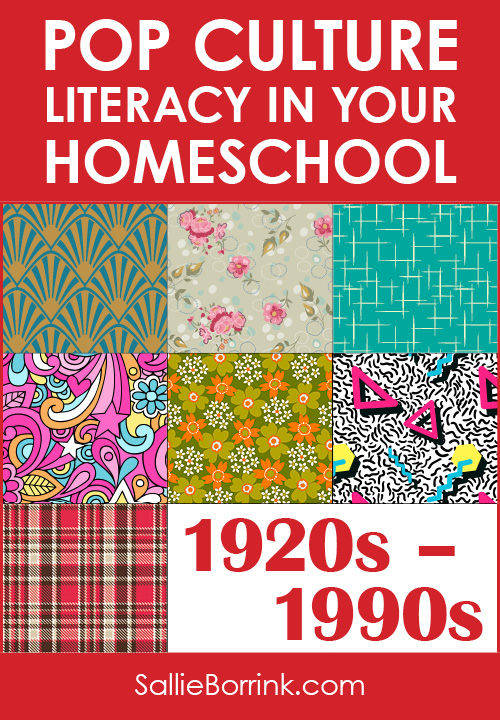 I’m Sallie Schaaf Borrink and this is my online home where I help women create a quiet simple life. I write helpful, honest, and thought-provoking posts as someone who loves living a cozy, faith-filled, gracious, and home-centered life.

I hope you will pour yourself a cup of coffee or tea and spend some time exploring the site I’ve created for you. Welcome! ♥

12 Quotes About Trusting God
Next Post: Pop Culture Literacy in Your Homeschool – 1980s

I’m Sallie and this is my online home where I help others create a quiet simple life. Please start here. Welcome! ♥ 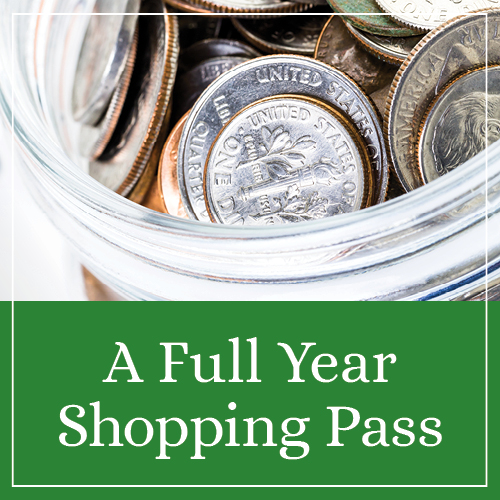 I'm not on social media so this is where I share links about a wide range of topics. Click the button to enter.

Scroll Up
X
We use cookies to ensure that we give you the best experience on our website. If you continue to use this site we will assume that you are happy with it.Ok