You are here: Home / Generation X Retirement Planning / How Many Gen Xers Are Making $100,000 a Year?

We all like to think that the experts know what they are talking about and are operating from a foundation of solid and realistic information. However, that is not often the case. Here is an example of where traditional retirement planning articles tend to go off the rails for families who make a modest income.

In an attempt to push their narrative, financial writers run the numbers on people who are not representative of the majority of people in this country. I’ve discovered this is the case when said writers offer advice to Gen Xers about all the things they are doing wrong with their retirement planning.

In Attention, Gen Xers: You’re Making a Major Retirement Mistake, Maurie Bachman at The Motley Fool explains why Gen Xers are failing in retirement planning. She then offers her suggestions that open with this line:

But maybe I just hang out with a lot of moderate income folks in flyover country so I decided to check it out.

A quick look around demonstrates this is a terrible place from which to start. The Business Insider ran the numbers and looked at the typical income for Gen Xers, Baby Boomers, and Millenials in each state.

The average income for Gen Xers ran from a (skewed) high of $90,000 in Washington, D.C. to a low of $40,000 in Arkansas. The highest states were Massachusetts ($67k), Maryland ($65k), and Connecticut ($65k) – all states with a higher cost of living that will immediately eat into some of that extra. Take away the expensive east coast numbers and the vast majority of the country falls into the range of mid-$40s to mid-$50s.

That means even with two people working in a Gen X family, a good portion of the country is still going to come in under the $100,000 a year mark. For families with one parent who works and one who stays home, the numbers don’t even begin to approach the scenario Bachman throws out there so casually.

The reality is that for a large percentage of Gen X, they are going to have to be much more creative in their retirement savings than Bachman’s approach lays out. 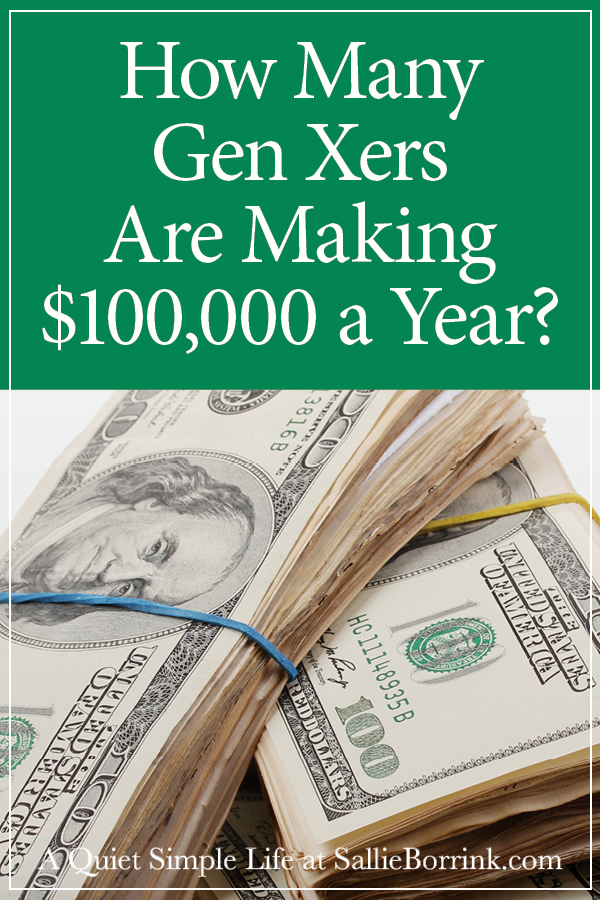 Free Pumpkins Word Search
Next Post: Why is Generation X Struggling to Save for Retirement?