I was collecting links to share during the spring as part of my Grand Solar Minimum coverage, but doing so kept taking a back seat to other needs. I still wanted to share a post with some general links and newsy items.

If all of this is new to you, check out my post The Beginner’s Guide To The Grand Solar Minimum.

First of all, I could link to a post almost every day from Electroverse. Rather than go through and select ones to link to, I’m going to simply recommend the website. If you are interested in the topic of “climate change” propaganda as well as Grand Solar Minimum, Electroverse is a must-read. The topics Cap Allon covers include:

The topics covered on Electroverse are some of the most important in the world and virtually no one is talking about them.

Preparing for the coming food shortages associated with the dark, cold years from American Thinker

“We have had the most extraordinary year of drought & cold ever known in the history of America. . . . The crop of corn thro’ the Atlantic states will probably be less than 1/3 of an ordinary one, that of tobo still less, and of mean quality. The crop of wheat was midling in quantity, but excellent in quality. But every species of bread grain taken together will not be sufficient for the subsistence of the inhabitants.” –Thomas Jefferson, in a letter to Albert Gallatin, 8 September 1816.

1816 was the year without a summer. It was the trough of the Dalton Minimum (not even a grand solar minimum) and was exacerbated by the massive eruption of Mt. Tambora in Indonesia in 1815, which darkened the globe. Violent eruptions tend to coincide with solar minimums.

Grand Solar Minimum and the Fall of Empires: A Great Crash Looms from Electroverse

Societies flourish during times of warmth and high solar activity, the periods of Minoan, Roman and Medieval Warming are evidence of this.

Successful civilizations are built on the presumed constant and predictable climate that comes with solar maximums, and a civilizations reliance on its fragile infrastructure only grows as the decades of reliable climate pass.

But when the constant is broken, it’s broken fast, and the system can’t adapt quickly enough to cope with the descending cold — overlaying the peak of past civilizations atop the GISP2 Ice Core data clearly illustrates the pattern…

The signs are clearer than ever. The Sun is heading into a new “solar minimum” cycle now.
Despite loud claims in recent decades that man-made CO2 is somehow driving the Earth’s climate, history and science demonstrate that the largest and most influential driver of planetary climate is actually the Sun.
NASA data shows clearly that sunspot counts and solar flares are dropping which is a clear indicator that solar activity is receding slightly, which means that the Earth’s climate will change, only it won’t be getting warmer.

Following its coldest APRIL since 1922, England is now on for its coldest MAY since record-keeping began some 362 years ago–since the Maunder Minimum (1645-1715)!

Back in 1659, England was still processing the death of Oliver Cromwell, who, after the execution of King Charles I, had ruled the Commonwealth of England for 5 years. The year 1659 is also the start date of the Central England Temperature (CET) dataset, which has proved an invaluable resource for meteorologists and climate scientists alike. Astonishingly, what the dataset reveals in 2021, in this time of supposed “catastrophic global heating,” is that England is on for its coldest May in more than three and a half centuries (at least).

Even more astonishingly, note that 1659 falls within the early-stages of the Maunder Minimum (1645-1715)–a period of reduced global temperatures correlating with historically low solar activity during which the Sun was often devoid of sunspots for years and even decades at a time. Therefore, what the English are experiencing this May eclipses the extreme lows documented during the last full-blown Grand Solar Minimum.

If you are very concerned about the Grand Solar Minimum, you might be wondering about relocating. The Ice Age Farmer Wiki has an excellent page of information related to this.

Just one news story here as a sample of what is going, but you can go back and look at on Electroverse for many more.

Most of the Portland metro region awoke Monday to a blanket of more than an inch of snow — the latest date the city has suffered wintry showers in at least 82 years.

It’s the first measurable April snow at the Portland International Airport [PDX] since records began in 1940, reports oregonlive.com: “In 82 years of record-keeping, PDX had never recorded more than a trace of snow in April. That ended today,” said the National Weather Service (NWS).

I know there is a lot going on right now, but keep this topic in the back of your mind as you make plans both for now and future years. No one knows how this will play out and we certainly cannot depend on the media or government to help us or keep us informed. 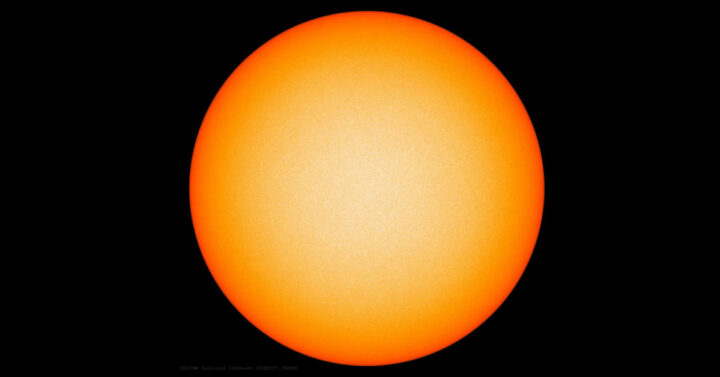 Grand Solar Minimum in the News – Summer and Autumn 2021